Return to this page a few days before the scheduled game when this expired prediction will be updated with our full preview and tips for the next match between these teams.
Full-Time Result Prediction
👉
Stal Mielec to Win

Widzew Łódź are the guests at Stadion Stali Mielec on Saturday for the Ekstraklasa tie with hosts Stal Mielec.

To see all of our predictions, user poll & stats for Stal Mielec v Widzew Łódź, scroll down (plus the best game odds).

Stal Mielec will be hoping for a better result after a 4-0 Ekstraklasa loss in their previous game against Jagiellonia Białystok.

An interesting trait of recent Stal Mielec games is the number of nil scores.

Taking their prior six clashes leading up to this one, in as many as 5 of them a bet on BTTS would have been a losing one. We shall soon find out if that trend will end up being sustained into this next match.

Widzew Łódź will come into the encounter following on from a 2-0 Ekstraklasa win with the eclipse of Cracovia in their last fixture.

Janusz Niedźwiedź's Widzew Łódź have found the back of the net a total of 6 times in the course of their most recent 6 matches. The total of goals that have been scored against them during the equivalent period adds up to 5.

There aren’t many personnel worries, with just a single fitness concern for the Stal Mielec manager Adam Majewski to contend with from an otherwise fully-primed set of players. Bartlomiej Ciepiela (Fracture) won’t play.

Owing to a completely injury-free group to choose from, the Widzew Łódź manager Janusz Niedźwiedź has no fitness worries to report before this game.

We’ve got the feeling that Widzew Łódź will have their work cut out to score against this Stal Mielec team who we think should do enough to score at the other end and edge ahead.

We’ve gone for a hard-fought 1-0 winning score for Stal Mielec when the full-time whistle blows. 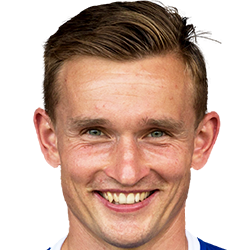 Generally played in the Central Attacking Midfielder position, Maciej Domański was born in Rzeszów, Poland. After making a first senior appearance for Raków Częstochowa in the 2019 - 2020 season, the talented Midfielder has accumulated 4 league goals in the Ekstraklasa 2022 - 2023 season so far coming from a total of 9 appearances.

We have made these Stal Mielec v Widzew Łódź predictions for this match preview with the best intentions, but no profits are guaranteed. Please always gamble responsibly, only with money that you can afford to lose. Good luck!