Return to this page a few days before the scheduled game when this expired prediction will be updated with our full preview and tips for the next match between these teams.
Full-Time Result Prediction for Stenhousemuir vs Albion Rovers
Stenhousemuir to Win
The League Two tie at Ochilview Park on Saturday will see home team Stenhousemuir take to the field against Albion Rovers.

It’s pretty clear that Albion Rovers may well find it hard to be scoring even one goal against a Stenhousemuir side who have all the attributes to own this match if all goes as we expect it to. We think that it’s going to be a commanding 3-0 margin for Stenhousemuir when the referee blows the final whistle. To see all of our predictions, user poll & stats for Stenhousemuir v Albion Rovers, scroll down - plus the latest betting odds.

A look at their previous results shows us that Albion Rovers:

Looking at the pre-match facts, Stenhousemuir: 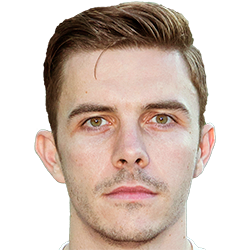 Generally taking up the Striker position, Mark McGuigan was born in Scotland. After making a first senior appearance for Forfar Athletic in the 2008 - 2009 season, the talented Forward has netted 5 league goals in this League Two 2019 - 2020 season so far in 22 appearances.

While we have made these predictions for Stenhousemuir v Albion Rovers for this match preview with the best of intentions, no profits are guaranteed. Always gamble responsibly, and with what you can afford to lose. Best of luck.