All Stevenage v Wycombe Wanderers match predictions, user poll and stats are shown below (plus the best game odds).

Stevenage will be hoping to return to winning ways here after a 3-0 League Two defeat in their last game at the hands of Bradford City.

In their preceding 6 games, Steve Evans's Stevenage have hit the target a combined total of 6 times giving them an average number of goals scored per match equal to 1.

Since tasting defeat last time out to Derby County in League One action, Wycombe Wanderers will be hoping to turn things around here.

The only scorer from Wycombe Wanderers was Anis Mehmeti (15'). Conor Hourihane (72', 86') was the scorer for Derby County.

Gareth Ainsworth's Wycombe Wanderers have managed to stick the ball in the net 5 times throughout their latest 6 matches. The number of goals that have been scored against them during that period comes to 7.

Checking out their prior head to head duels stretching back to 17/09/2016, there has been little between the sides with Stevenage winning 2 of those games, Wycombe Wanderers 2 and 2 being draws in normal time.

A combined total of 10 goals were produced between them throughout the course of those matches, with 6 of them from Boro and 4 for The Blues. The average number of goals per game works out to 1.67.

The Stevenage manager Steve Evans will be happy not to have any fitness worries at all ahead of this game owing to a fully healthy squad available to select from.

Owing to a fully injury-free squad available for selection, the Wycombe Wanderers manager Gareth Ainsworth has zero fitness concerns to report before this clash.

Our assessment is that Wycombe Wanderers and Stevenage may well both score, with little between these two teams.

It appears that a draw might be on the cards. We’re therefore anticipating a close game with a 1-1 draw at the end of the 90. 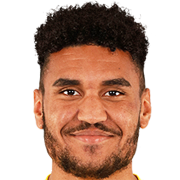 Typically used in the Striker position, Jamie Reid was born in Torquay, England. Having made a first senior appearance for Exeter City in the 2012 - 2013 season, the gifted Forward has managed to score 3 league goals in this League Two 2022 - 2023 campaign so far coming from a total of 7 appearances.

We have made these Stevenage v Wycombe Wanderers predictions for this match preview with the best intentions, but no profits are guaranteed. Please always gamble responsibly, only with money that you can afford to lose. Good luck with your selections.