Strasbourg will face off against visiting team Toulouse at Stade de la Meinau in the Ligue 1 meeting on Sunday.

All Strasbourg v Toulouse match predictions, user poll and stats are shown below - plus the latest match odds.

Strasbourg will be hoping for a repeat of their last result, following the 1-2 Ligue 1 triumph vs Lyon.

Strasbourg have been finding it hard to keep clean sheets recently, but they have also found ways to score goals themselves. Analysis of their previous 6 games shows that Strasbourg have conceded in 5 of them as well as managing to get on the scoresheet in 5 of those games.

Going into this game, the form guide shows that Strasbourg:

Toulouse come into this meeting following on from a 2-0 Coupe De France win with the eclipse of AC Ajaccio in their most recent outing.

In that game, Toulouse had 63% possession and 11 attempts on goal with 3 on target. For Toulouse, the goalscorers were Zakaria Aboukhlal (66') and Rafael Ratão (69'). For their opponents, AC Ajaccio had 9 attempts at goal with 2 of them on target.

With their forward play coming to the fore of late, Toulouse have helped themselves to a surfeit of goals over their previous six games (18 to be exact). That means that they have an enviable mean average of 3 goals scored per match over this period of time. We will have to find out if that trend will end up being continued on here.

Coming into this fixture, Toulouse have not emerged victorious against Strasbourg when they have played them away from home in the previous 4 league matches. Not good at all.

A look at their past head to head meetings stretching back to 17/03/2018 shows that Strasbourg have won 3 of these games & Toulouse 0, with the number of drawn games standing at 3.

In all, 20 goals were scored between them throughout the course of those matches, with 12 of them from Le Racing and 8 netted by Toulouse. The average number of goals per game works out to 3.33.

The previous league match featuring these clubs was Ligue 1 match day 12 on 23/10/2022 which finished with the scoreline of Toulouse 2-2 Strasbourg.

In that match, Toulouse had 48% possession and 17 attempts at goal with 6 on target. Goals were scored by Anthony Rouault (44') and Brecht Dejaegere (55').

The Strasbourg boss Mathieu Le Scornet will be grateful to have no fitness worries to speak of ahead of this match with a completely injury-free group available to choose from.

In an otherwise full-strength squad, there’s only a single fitness issue for the Toulouse boss Philippe Montanier to contend with. Rhys Healey (Cruciate Ligament Rupture) won’t be in action.

We think that Toulouse will have to perform well to score goals against this Strasbourg lineup who we reckon will win and very possibly keep a clean sheet.

We’re therefore expecting a good tussle with a 1-0 victory for Strasbourg at full-time. 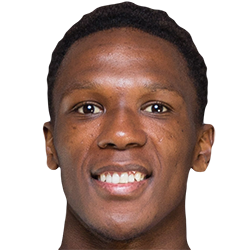 Usually deployed in the Striker position, Lebo Mothiba was born in Johannesburg, South Africa. After having played his first senior match for Valenciennes FC in the 2016 - 2017 season, the accomplished Forward has bagged 2 league goals in the Ligue 1 2022 - 2023 season so far in 9 appearances.

While we have made these predictions for Strasbourg v Toulouse for this match preview with the best of intentions, no profits are guaranteed. Always gamble responsibly, and with what you can afford to lose. Good luck with your selections.