Wrexham will do battle with visiting team Sutton United at Racecourse Stadium in this National League meeting on Tuesday.

Scroll down for all of our predictions, poll and stats for the Wrexham v Sutton United game - along with the latest match odds.

Wrexham, following on from their previous result, will be hoping for more of the same after the 1-0 National League triumph versus Aldershot Town.

The only name on the scoresheet from Wrexham was Luke Young (64').

An interesting theme in recent Wrexham games is seeing a zero in the scoreline.

Taking their prior six clashes leading up to this one, in as many as 5 of them a bet on BTTS would've been a loser.

Going into this game, the form guide shows that Wrexham:

In their last game, Sutton United drew 3-3 in the National League tie with Wealdstone.

The stats tell the story, and Sutton United have been scored against in 5 of their last 6 matches, seeing opposing sides hit 7 goals in total. In defence, The U's can certainly do much better. Previous results aside, it remains to be seen whether the trend shall continue on in this upcoming game or not.

Looking over their past head-to-head meetings stretching back to 30/09/2017 shows that Wrexham have won 1 of these games and Sutton United 2, with the tally of draws being 3.

14 goals were shared by the two clubs in this period, with 5 of them from The Dragons and 9 for The U's. This gives an average number of goals per game equal to 2.33.

The previous league encounter featuring these sides was National League match day 32 on 21/12/2019 which ended up with the score at Sutton United 3-1 Wrexham.

The referee was Scott Jackson.

Wrexham boss Dean Keates doesn’t have any fitness concerns to speak of before this clash with a fully healthy squad available to choose from.

Due to a fully injury-free group to pick from, Sutton United manager Matt Gray has zero fitness concerns at all ahead of this game.

In our view, Sutton United and Wrexham may well find themselves both scoring in what promises to be a very even battle here.

A draw looks like a realistic possibility, but we’ll see what happens. Our tip is therefore for a hard-fought 1-1 score draw at the end of the match. 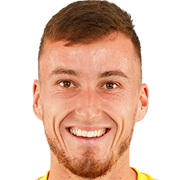 Generally playing in the Centre Midfield position, Luke Young was born in Plymouth, England. Having made his senior debut playing for Plymouth Argyle in the 2010 - 2011 season, the skilful Midfielder has accumulated 2 league goals in this National League 2020 - 2021 campaign to date coming from a total of 7 appearances.

While we have made these predictions for Wrexham v Sutton United for this match preview with the best of intentions, no profits are guaranteed. Always gamble responsibly, and with what you can afford to lose. Best of luck.