Return to this page a few days before the scheduled game when this expired prediction will be updated with our full preview and tips for the next match between these teams.
Full-Time Result Prediction
👉
Vancouver Whitecaps to Win

Scroll down to see all of the predictions, poll and statistics for Vancouver Whitecaps v Toronto FC - along with the latest match odds.

Vancouver Whitecaps won’t want a repeat of their last result here after a 3-0 MLS losing effort in their last game against Austin FC.

Following on from tasting defeat last time out to FC Cincinatti in MLS competition, Toronto FC and their travelling supporters will be hoping that they can get a better result in this one.

The stats tell the story, and Toronto FC have been scored against in 6 of their last 6 matches, seeing opposing sides hit 12 goals in total. Defensively, Toronto FC can certainly do much better. Historical results aside, time will tell if such a trend might be replicated here in this match or not.

If we look at their past head to head duels dating back to 06/10/2018, there is nothing to separate the two clubs with Vancouver Whitecaps winning 2 of those games, Toronto FC 2 and 2 being draws in normal time.

A combined total of 18 goals were yielded between them during those clashes, with 8 from Caps and 10 created by The Reds. The average number of goals per game works out to 3.

The previous league contest featuring the two was MLS match day 2 on 24/04/2021 which finished with the scoreline of Toronto FC 2-2 Vancouver Whitecaps.

The referee was Jair Marrufo.

Availability isn’t a big problem, with just a single fitness concern for the Vancouver Whitecaps boss Vanni Sartini to contend with from an otherwise complete group of players. Caio Alexandre (Foot surgery) is sidelined.

Toronto FC boss Bob Bradley has to choose from a squad that has some fitness concerns. Deandre Kerr (Concussion) and Jahkeele Marshall-Rutty (Knee Problems) are names that won’t be on the team sheet.

For this match, we think that Toronto FC have it within them to breach the defence of this Vancouver Whitecaps team, although it is unlikely to be enough to avoid a loss.

Our tip is for both teams to score in a 2-1 winning margin for Vancouver Whitecaps by the time that the referee blows the final whistle. Definitely a tough call. 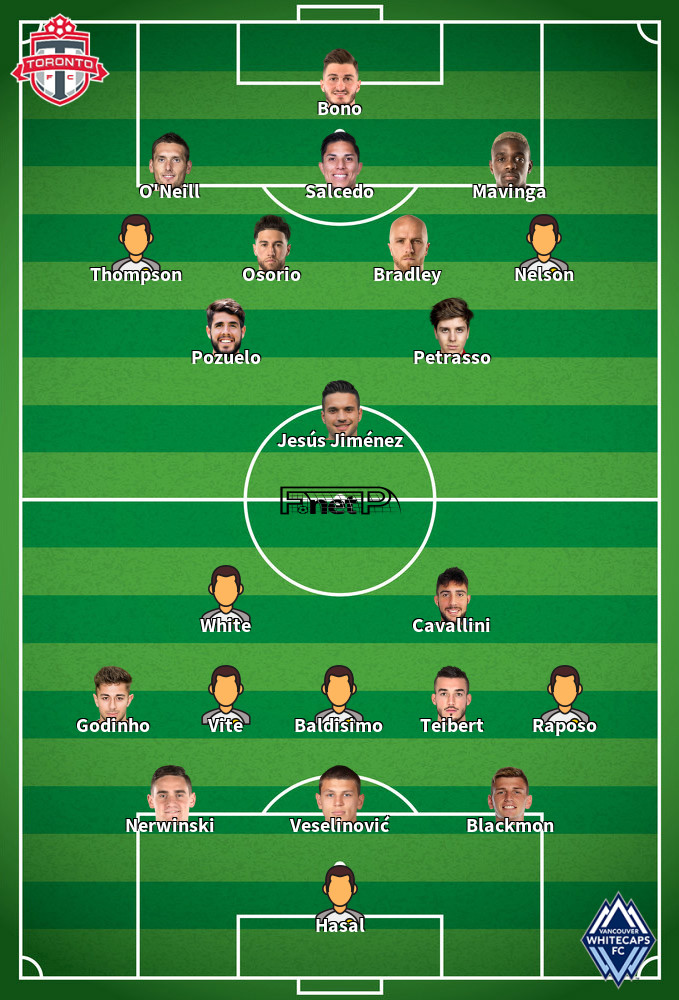 We have made these Vancouver Whitecaps v Toronto FC predictions for this match preview with the best intentions, but no profits are guaranteed. Please always gamble responsibly, only with money that you can afford to lose. Best of luck.