Scroll down to see all of the predictions, poll and statistics for Woking v Torquay United including the latest game odds.

Woking are hoping to win again after their last result, the 0-2 National League triumph vs Scunthorpe United.

It’s been seldom in recent games where Woking have shown defensive steel. The reality is that Woking have been scored against in 5 of their previous 6 matches, letting in 6 goals in the process. We shall soon see if that trend will end up being sustained into this next match.

Torquay United head into the encounter following a 1-0 National League win against Maidstone United in their last match.

The only name on the scoresheet from Torquay United was Aaron Jarvis (79').

Over the course of 5 of the prior 6 games featuring Torquay United, a relatively low number of goals have been scored between them and their opponents. The overall average number of goals per game within that spell is just 2, with the number of goals averaged by The Gulls standing at 1.

Coming into this fixture, Torquay United have not lost to Woking when they have played them away from home in the previous 3 matches in the league.

A look at their most recent head to head clashes going back to 28/12/2019 shows us that Woking have won 2 of them & Torquay United 4, with the number of drawn results being 0.

An aggregate of 17 goals were shared by the two clubs in this period, with 8 from The Cardinals and 9 coming from The Gulls. The average number of goals per game works out to 2.83.

The previous league clash between these clubs was National League match day 6 on 29/08/2022 and the score finished Torquay United 1-3 Woking.

The Woking boss Darren Sarll has no fitness concerns at all coming into this game with a completely healthy squad ready to go. Jermaine Anderson cannot play in this game through suspension.

Owing to a completely healthy squad to pick from, the Torquay United boss Gary Johnson has zero fitness concerns whatsoever coming into this clash.

In this match, Woking should convert a lot of goal-scoring opportunities.

In contrast, Torquay United could well find it tough getting goals but do we see them hitting back at some stage.

We therefore think that it’s going to be a comfortable 3-1 win for Woking at full-time. 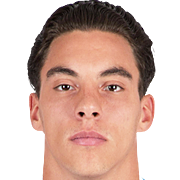 Mostly played in the Striker position, Reece Grego-Cox was born in London, Rep. Ireland. Having played his first senior match for Queens Park Rangers in the 2014 - 2015 season, the talented Forward has scored 9 league goals in this National League 2022 - 2023 campaign so far from a total of 16 appearances.

We have made these Woking v Torquay United predictions for this match preview with the best intentions, but no profits are guaranteed. Please always gamble responsibly, only with money that you can afford to lose. We wish you the best of luck.