The Bundesliga 1 clash at Stadion An der Alten Försterei on Sunday sees home side Union Berlin do battle with opponents VfL Wolfsburg.

Full predictions, pre-match stats and user poll for Union Berlin v VfL Wolfsburg are shown on this page - as well as up-to-date odds.

Union Berlin will be wanting a better result here following the 1-0 Europa League defeat in their last game at the hands of Braga.

It’s been all too rare in recent times that Union Berlin have kept a clean sheet. In fact, Union Berlin have failed to prevent opponents from scoring in 5 of their previous 6 matches, leaking 5 goals in the process.

Going into this contest, Union Berlin have not been beaten in their last 9 league matches at home. A run that they'll hope to extend here.

VfL Wolfsburg will go into this meeting after a 0-1 Bundesliga 1 win with the downing of Eintracht Frankfurt in their last outing.

In that match, VfL Wolfsburg had 38% possession and 7 shots at goal with 3 on target. The scorer for VfL Wolfsburg was Maxence Lacroix (60'). At the other end, Eintracht Frankfurt had 10 shots on goal with 0 on target.

Niko Kovač's VfL Wolfsburg have seen their goal attempts be successful a total of 5 times throughout their most recent sextet of matches. The total of goals that they have conceded during the equivalent period equals 10.

A review of their prior head to head clashes stretching back to 06/10/2019 shows us that Union Berlin have won 1 of these games and VfL Wolfsburg 3, with the number of drawn games being 2.

In all, 15 goals were shared by the two clubs during those clashes, with 6 of them for Union and 9 created by Wolfsburg. The average number of goals per game works out to 2.5.

The last league fixture between these sides was Bundesliga 1 match day 25 on 05/03/2022 when the final score was VfL Wolfsburg 1-0 Union Berlin.

On that day, VfL Wolfsburg managed 46% possession and 8 shots at goal with 3 of them on target.

Union Berlin got 19 attempts at goal with 4 of them on target. Taiwo Awoniyi (24' Own goal) was the scorer.

It’s a low absenteeism rate, with just a single fitness concern for the Union Berlin manager Urs Fischer to be concerned with from an otherwise complete group of players. Kevin Möhwald (Knock) is sidelined.

VfL Wolfsburg may find it difficult to see themselves scoring against this Union Berlin outfit who will likely score & stay on top.

We therefore fancy a narrow 1-0 win for Union Berlin at full-time. 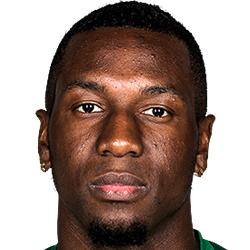 Customarily playing in the Right Wing position, Sheraldo Becker was born in Netherlands. After having played his first senior match for Jong Ajax in the 2013 - 2014 season, the accomplished Forward has managed 5 league goals in the Bundesliga 2022 - 2023 campaign so far coming from a total of 6 appearances.

While we have made these predictions for Union Berlin v VfL Wolfsburg for this match preview with the best of intentions, no profits are guaranteed. Always gamble responsibly, and with what you can afford to lose. Best of luck.