For all of our match predictions, pre-game poll and statistics for Vancouver Whitecaps v Los Angeles FC, scroll down - as well as up-to-date odds.

Vancouver Whitecaps will be hoping for a repeat of their last result, following the 2-1 MLS victory versus Real Salt Lake.

At least three goals per game have been seen in 5 of the last 6 fixtures where Vancouver Whitecaps have participated. Their opponents scored 15 times in these games while Caps managed a tally of 5.

Los Angeles FC will go into the meeting following on from a 3-1 MLS win vs Seattle Sounders FC in their previous match.

Proving their penchant for productive matches, we’ve seen goals 26 times in the last 6 matches in which Los Angeles FC have taken to the pitch, yielding an average of 4.33 goals each fixture. Opposition teams have managed 9 of these goals. In any event, we must now wait to see whether such a trend will be maintained in this next match or not.

Thanks to a mainly healthy group, there is only a single fitness worry for the Los Angeles FC manager Bob Bradley to be concerned with. Carlos Vela (Medial Collateral Ligament Injury) won’t be playing here.

When taking all factors into account, Vancouver Whitecaps have the capability to score a goal against this Los Angeles FC team, however a single goal probably won’t quite prevent them from conceding a couple at the other end.

We’ve gone for a 1-2 winning margin for Los Angeles FC by the conclusion of the game. Let’s wait and see how it plays out. 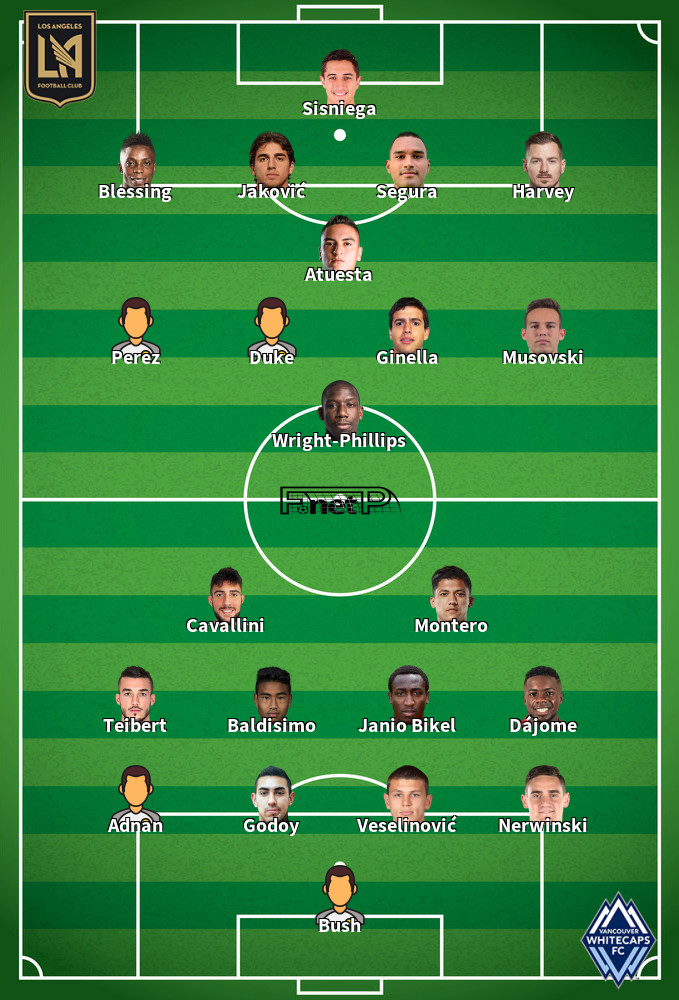 We have made these Vancouver Whitecaps v Los Angeles FC predictions for this match preview with the best intentions, but no profits are guaranteed. Please always gamble responsibly, only with money that you can afford to lose.