Our Vissel Kobe v Urawa Red Diamonds predictions, statistics and match poll can be seen below - as well as up-to-date odds.

Vissel Kobe will be hoping to return to winning ways here following the 3-1 J1 League loss in their previous game against Kashiwa Reysol.

In their past 6 games, Miguel Lotina's Vissel Kobe have netted 10 times resulting in an average number of goals scored per match of 1.67.

Their past results show that Vissel Kobe:

Urawa Red Diamonds will go into this meeting following a 3-0 J1 League win as they beat Nagoya Grampus in their previous game.

Throughout their six previous matches, Ricardo Rodríguez's Urawa Red Diamonds have turned their attacks into goals 7 times therefore giving them the goals scored per game average of 1.17.

Ahead of this meeting, Urawa Red Diamonds are without a win away from home in their last 12 league matches. Very poor, indeed.

Looking over their most recent head to head meetings going back to 17/08/2019 tells us that Vissel Kobe have won 3 of these games and Urawa Red Diamonds 2, with the tally of drawn games being 1.

A combined sum of 19 goals were scored between them throughout the course of those matches, with 12 of them from Ushi and 7 created by Reds. That’s an average goals per game figure of 3.17.

The previous league meeting featuring the two was J1 League match day 9 on 23/02/2022 which finished with the scoreline of Urawa Red Diamonds 2-2 Vissel Kobe.

In that game, Urawa Red Diamonds managed 34% possession and 11 shots at goal with 5 on target. The scorers were Kai Matsuzaki (12') and Kai Shibato (19').

Urawa Red Diamonds boss Ricardo Rodríguez has not got a full squad to pick from. Hiroki Sakai (Metatarsal Fracture) and Tomoya Inukai (Fractured Kneecap) are not able to play.

We’re inclined to think that Urawa Red Diamonds and Vissel Kobe should play out a closely-fought contest here.

A close call, and we think a draw is quite likely. We’re therefore seeing a tight encounter, finishing with a score draw at the end of the match. 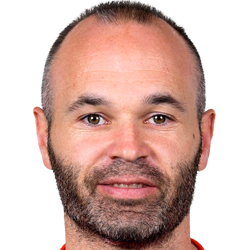 Mostly taking up the Centre Midfield position, Andrés Iniesta was born in Fuentealbilla, Spain. After having made a senior debut playing for Barcelona in the 2002 - 2003 season, the gifted Midfielder has got 2 league goals in the J1 League 2022 season to date in a total of 16 appearances.

We have made these Vissel Kobe v Urawa Red Diamonds predictions for this match preview with the best intentions, but no profits are guaranteed. Please always gamble responsibly, only with money that you can afford to lose. Best of luck with your selections.