Return to this page a few days before the scheduled game when this expired prediction will be updated with our full preview and tips for the next match between these teams.
Full-Time Result Prediction
👉
Västerås SK to Win

Östers IF visit Iver Arena on Saturday for the Superettan fixture with hosts Västerås SK.

For all of our match predictions, pre-game poll and statistics for Västerås SK v Östers IF, scroll down - as well as up-to-date odds.

Västerås SK won’t want a repeat of their last result here following a 2-1 Superettan losing effort in their last game against Falkenbergs FF.

Over their past 6 games, Thomas Askebrand's Västerås SK have netted a combined total of 7 times resulting in an average number of goals scored per match equal to 1.17.

A look at their previous results shows us that Västerås SK:

In their last fixture, Östers IF drew 0-0 in the Superettan tie with Norrby IF.

The strike force from Östers IF have suffered from a shortage of goals over their previous 6 clashes, netting the unsatisfactory return of only 4. In those matches, Östers have also seen the collective goal aggregate of their opponents equal 8.

If we look at their past head to head meetings stretching back to 23/05/2011, it’s been all-even between these two clubs with Västerås SK winning 1 of those games, Östers IF 1 and 4 being drawn in regulation time.

An aggregate of 8 goals were shared by the two clubs during those clashes, with 4 of them from VSK and 4 being from Östers. That’s an average goals per game figure of 1.33.

The previous league match featuring the two was Superettan match day 30 on 05/12/2020 when the final score was Västerås SK 2-1 Östers IF.

The match was refereed by Enzo Vesprini.

There’s just one fitness concern for the Västerås SK boss Thomas Askebrand to be concerned with thanks to an otherwise robust squad. Pedro Ribeiro (Calf Injury) will miss out.

With a completely injury-free group to choose from, Östers IF boss Denis Velic doesn’t have any fitness worries to speak of ahead of this game.

Östers IF have it within them to breach the defence of this Västerås SK outfit, but it realistically won’t prevent them from conceding a couple at the other end.

We’re going for both teams to score in a 2-1 advantage for Västerås SK after 90 minutes. Should be a good one. 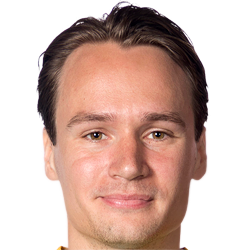 Typically playing in the Striker position, Viktor Prodell was born in Eskilstuna, Sweden. After making a first senior appearance for in the 2009 season, the talented Forward has contributed 3 league goals in this Superettan 2021 season to date coming from a total of 9 appearances.

While we have made these predictions for Västerås SK v Östers IF for this match preview with the best of intentions, no profits are guaranteed. Always gamble responsibly, and with what you can afford to lose. Best of luck.