Return to this page a few days before the scheduled game when this expired prediction will be updated with our full preview and tips for the next match between these teams.
Full-Time Result Prediction
👉
Western United to Win

All Western United v Wellington Phoenix match predictions, user poll and stats are shown below including the latest game odds.

Western United will be hoping for a better result following the 2-1 A-League losing effort in their last game against Adelaide United.

In their preceding 6 games, John Aloisi's Western United have hit the back of the net a total of 11 times, with that being an average number of goals per match equal to 1.83.

Following on from a loss in their previous game against Melbourne City in A-League competition, Wellington Phoenix will be hoping to turn things around here.

Ufuk Talay's Wellington Phoenix have seen their efforts on goal rewarded 6 times throughout their latest sextet of matches. The total of goals that they have conceded during that period equals 10.

Checking on past results between these clubs going back to 21/02/2020 shows that these fixtures have been pretty painful for Western United. They’ve not managed to come away with any wins whatsoever while Wellington Phoenix have just been stronger than them, finishing as winners in 83 per cent of those ties.

In all, 20 goals were scored between the two sides throughout the course of those matches, with 5 for The West and 15 for The Nix. That’s an average goals per game of 3.33.

The last league meeting featuring the two was A-League match day 11 on 09/04/2022 which ended up with the score at Western United 1-4 Wellington Phoenix.

In that match, Western United managed 60% possession and 19 attempts at goal with 6 of them on target. Their only player on the scoresheet was Steven Luštica (54').

The referee was Daniel Elder.

Looking at personnel, there is just the sole fitness concern for the Western United manager John Aloisi to be concerned about thanks to an otherwise robust squad. Alessandro Diamanti (Knee Injury) misses out.

Owing to an otherwise healthy group, there’s only the one fitness problem for the Wellington Phoenix manager Ufuk Talay to be concerned about. Alex Rufer (Cruciate Ligament Rupture) won’t be playing here.

Our thinking is that Wellington Phoenix should get enough chances to breach the defence of this Western United outfit, although it may not quite be as many as they’ll concede.

Our selection here is for both teams to score in a 2-1 winning score for Western United at full-time. Let’s see what happens here. 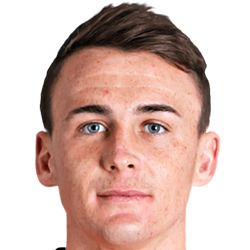 Customarily played in the Left Wing position, Dylan Wenzel-Halls was born in Australia. Having made his senior debut playing for Brisbane Roar in the 2018 - 2019 season, the accomplished Forward has bagged 4 league goals in the A-League Men 2021 - 2022 season so far in 23 appearances.

While we have made these predictions for Western United v Wellington Phoenix for this match preview with the best of intentions, no profits are guaranteed. Always gamble responsibly, and with what you can afford to lose. Good luck with your selections.