Bayern Munich II arrive at Fritz-Walter-Stadion on Saturday for the 3rd Liga clash with home side Kaiserslautern.

Kaiserslautern will play in this fixture after a 1-1 3rd Liga draw vs Hallescher.

The only player to score from Kaiserslautern was Timmy Thiele (67'). Jonas Nietfeld (45') scored for Hallescher.

Their most recent results shine a light on the fact that much respect should be given to the Kaiserslautern rearguard. Kaiserslautern have been mean at the back, seeing the tally of goals that have gone in at their end during their past six outings standing at 4.

Ahead of this clash, Kaiserslautern haven't been defeated in their previous 3 league matches at home.

The numbers tell their own story, and Bayern Munich II have been scored against in 6 of their last 6 matches, letting opponents get 9 goals overall. Defensively, Bayern II certainly have room for improvement.

Coming into this clash, Bayern Munich II are undefeated in their last 6 league matches away from home.

The last league game featuring the two was 3. Liga match day 19 on 14/12/2019 which finished with the scoreline of Bayern Munich II 1-3 Kaiserslautern.

The referee was Katrin Rafalski.

Thanks to a completely healthy group available to choose from, Bayern Munich II manager Sebastian Hoeneß has zero fitness concerns at all before this match. Chris Richards cannot play in this game through suspension.

We envisage that Bayern Munich II and Kaiserslautern could both end up scoring in what appears to be a good match-up, with little separating these two teams.

Let’s see how this one goes, but it looks this could be a draw. That’s why our selection here is for a very close game with a score draw at the end of the 90 minutes. 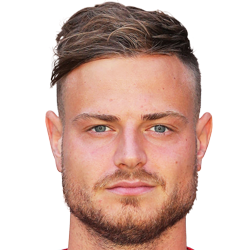 Generally taking to the field in the Striker position, Timmy Thiele was born in Germany. After having made a senior debut playing for SV Werder Bremen II in the 2009 - 2010 season, the dangerous Forward has managed 9 league goals in the 3. Liga 2019 - 2020 campaign so far in 32 appearances.

While we have made these predictions for Kaiserslautern v Bayern Munich II for this match preview with the best of intentions, no profits are guaranteed. Always gamble responsibly, and with what you can afford to lose. Good luck with your selections.