The 3rd Liga game at Fritz-Walter-Stadion on Saturday sees home side Kaiserslautern go into battle with Freiburg II.

View all of the Kaiserslautern v Freiburg II predictions, poll and stats below (including the best match odds).

Kaiserslautern will be looking for another win after the 1-0 3rd Liga triumph vs Freiburg II.

The only player to score from Kaiserslautern was Felix Götze (12').

Their latest results show that much respect should be given to the Kaiserslautern backline. Kaiserslautern have been miserly, with the tally of goals that have flown into the back of their net over the course of their last six outings standing at 2. That sort of trend isn’t assured to be carried forward into this game, however.

In 5 of the past 6 games featuring Freiburg II, a relatively low number of goals have been hit between them and opposing sides. The overall average number of goals per game within that period comes out as a mere 1.67, with the average goals for Breisgau-Brasilianer being 0.83.

Ahead of this meeting, Freiburg II are undefeated in their last 2 away league matches.

The last league match between these clubs was 3rd Liga match day 12 on 16/10/2021 and the score finished Kaiserslautern 1-0 Freiburg II.

Freiburg II manager Thomas Stamm has to choose from a squad that has some fitness concerns. Sebastian Mellack (Back trouble), Philipp Treu (Twisted knee), Enzo Leopold (Fitness) and Stefan Ilic (Cruciate Ligament Rupture) are names that won’t be on the team sheet.

We’re of the opinion that Kaiserslautern will most probably dominate on the ball and be rewarded with decent chances.

At the same time, Freiburg II may well find it hard getting on the scoresheet - but, we do see them scoring.

We can therefore see a 3-1 winning score for Kaiserslautern at the end of this one. 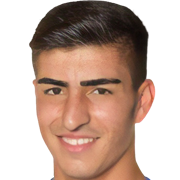 Usually used in the Striker position, Muhammad Kiprit was born in Germany. After making a first senior appearance for FC Wacker Innsbruck in the 2018 - 2019 season, the gifted Forward has contributed 2 league goals in this 3. Liga 2021 - 2022 campaign so far in 10 appearances.

While we have made these predictions for Kaiserslautern v Freiburg II for this match preview with the best of intentions, no profits are guaranteed. Always gamble responsibly, and with what you can afford to lose. Good luck with your selections.