Scroll down for all of our predictions, poll and stats for the FK Příbram v Dynamo České Budějovice game (plus the best game odds).

FK Příbram will be hoping for a repeat of their last result, following the 0-1 First League success vs Karviná.

The only name on the scoresheet from FK Příbram was Edrisa Lubega (12').

FK Příbram have really been misfiring in recent times. Their goals record stands at just 4 versus opponents during their last six matches. In those games, Příbram have also seen the tally of goals that have gone against them total 7.

Looking at their past form shows that FK Příbram:

Since a losing effort in their last game against Baumit Jablonec in First League action, Dynamo České Budějovice will be aiming to make amends here.

The forward players for Dynamo České Budějovice have had real problems scoring goals over their previous 6 encounters, contributing the disappointing return of only 3. In those matches, Černý have also seen the collective goal aggregate against them equal 11. Nevertheless, we must now wait to see if that pattern might be sustained in this game.

Their prior results show that Dynamo České Budějovice:

A look at their most recent head-to-head clashes going back to 05/04/2013 tells us that FK Příbram have won 4 of these games & Dynamo České Budějovice 2, with the number of drawn results standing at 0.

In all, 12 goals were scored between them throughout the course of those matches, with 8 from Příbram and 4 being from Černý. The average goals per game has been 2.

The previous league encounter between the two was First League match day 14 on 20/01/2021 which finished with the scoreline of Dynamo České Budějovice 2-1 FK Příbram.

The match was refereed by Milan Matějček.

FK Příbram boss Jozef Valachovič will be happy not to have any fitness concerns to speak of ahead of this clash thanks to a completely injury-free squad available for selection.

With a completely healthy squad ready to go, Dynamo České Budějovice boss David Horejš has zero fitness worries to speak of ahead of this match.

We’re therefore seeing a close game with a 0-0 draw by the conclusion of this game. 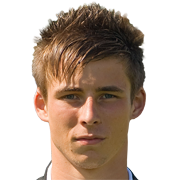 Mostly taking up the Striker position, Radek Voltr was born in Czech Republic. Having played his first senior match for Hradec Králové in the 2011 - 2012 season, the dangerous Forward has accumulated 4 league goals in the First League 2020 - 2021 campaign to date in a total of 20 appearances.

We have made these FK Příbram v Dynamo České Budějovice predictions for this match preview with the best intentions, but no profits are guaranteed. Please always gamble responsibly, only with money that you can afford to lose. Best of luck with your selections.