Gladbach will be at The PreZero Arena on Saturday for the Bundesliga 1 meeting with home team Hoffenheim.

Scroll down for all of our predictions, poll and stats for the Hoffenheim v Borussia Mönchengladbach game - plus the latest betting odds.

Hoffenheim enter this game after a 2-2 Bundesliga 1 drawn match vs Stuttgart.

It has not been often in recent games where Hoffenheim have managed to hold out for a full 90 minutes. The facts show that Hoffenheim have seen their defence breached in 6 of their previous 6 games, giving up 15 goals on the way. That kind of pattern isn’t assured to be carried forward into this game, of course.

Taking a look at their past results, Hoffenheim:

Since being defeated in their last game at the hands of Augsburg in Bundesliga 1 action, Gladbach and their travelling supporters will be hoping that they can get a better result in this one.

In that game, Borussia Mönchengladbach had 56% possession and 7 attempts at goal with 2 on target. Augsburg got 14 attempts on goal with 4 on target. Mërgim Berisha (82') was the scorer for Augsburg.

Heading into this contest, Borussia Mönchengladbach have left without a victory over Hoffenheim when they've played them away from home in the last 2 league games.

If we look at their past head to head meetings stretching back to 22/02/2020, neither club has come out on top overall with Hoffenheim winning 2 of those games, Gladbach 2 and 2 being drawn in regulation time.

There were also plenty of goals scored in those games, 22 in total at an average of 3.67 goals per match.

The last league meeting featuring the two was Bundesliga 1 match day 1 on 06/08/2022 which finished with the scoreline of Borussia Mönchengladbach 3-1 Hoffenheim.

On that occasion, Borussia Mönchengladbach had 62% possession and 18 shots at goal with 7 on target. The goalscorers were Ramy Bensebaïni (42'), Marcus Thuram (71') and Nico Elvedi (78').

For their opponents, Hoffenheim had 2 shots on goal with 1 on target. Robert Skov (25') was the scorer.

Gladbach manager Daniel Farke has to choose from a squad that has some fitness concerns. Christoph Kramer (Concussion) and Jonas Hofmann (Ill) won’t be making appearances.

We believe that Hoffenheim will most probably dominate on the ball and be rewarded with decent chances.

At the other end, Borussia Mönchengladbach are also probably going to find it difficult getting on the scoresheet although we do see them scoring as well.

Accordingly, we see a fairly comfortable 3-1 win for Hoffenheim at the conclusion of the game. 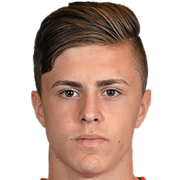 Mostly deployed in the Central Attacking Midfielder position, Christoph Baumgartner was born in Horn, Austria. Having played his first senior match for Hoffenheim in the 2018 - 2019 season, the skilful Midfielder has scored 4 league goals in the Bundesliga 2022 - 2023 season so far from a total of 16 appearances.

We have made these Hoffenheim v Borussia Mönchengladbach predictions for this match preview with the best intentions, but no profits are guaranteed. Please always gamble responsibly, only with money that you can afford to lose. Good luck!