Hearts will do battle with away team Aberdeen at Tynecastle Stadium in this Premiership game on Wednesday.

Hearts, who won their previous game, will hope for a similar result following the 1-0 Premiership triumph versus St Mirren.

Hearts haven’t had any problems with scoring, finding the back of the net in each and every one of their last 6 games.

They’ve claimed a sum of 13 during that period and have conceded a total of 6. We will just have to find out if that trend can be sustained here.

Ahead of this meeting, Hearts are undefeated in their previous 5 home league matches.

Following on from suffering a loss in their previous game against Rangers in League Cup action, Aberdeen will be aiming to make amends here.

The only player to score from Aberdeen was Bojan Miovski (41'). Ryan Jack (61') and Kemar Roofe (94') scored for Rangers. The game was won by Rangers in extra time.

Jim Goodwin's Aberdeen have fired home a total of 7 times throughout their previous six matches. The aggregate of goals that have been scored against them during that period comes to 10.

Their prior results show that Aberdeen:

A glance at their most recent head-to-head clashes going back to 25/09/2019 tells us that Hearts have won 1 of them & Aberdeen 2, with the tally of drawn games standing at 3.

An aggregate of 15 goals were produced between them in these games, with 7 for The Jam Tarts and 8 belonging to The Dons. That’s an average goals per game of 2.5.

The last league clash featuring the two was Premiership match day 11 on 16/10/2022 which finished with the scoreline of Aberdeen 2-0 Hearts.

At the other end, Hearts got 13 attempts at goal with 3 of them on target.

The referee was Don Robertson.

Owing to a fully injury-free squad to choose from, the Aberdeen manager Jim Goodwin does not have any fitness concerns to speak of ahead of this match.

Here is a game where Aberdeen will have their work cut out to get anything against this Hearts outfit who we think will score one, at least.

We’re going for a good battle with a 1-0 winning margin for Hearts at the end of the 90 minutes. 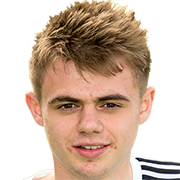 Customarily taking to the field in the Left Wing position, Alan Forrest was born in Prestwick, Scotland. After making a first senior appearance for Ayr United in the 2013 - 2014 season, the skilful Forward has managed 4 league goals in this Premiership 2022 - 2023 campaign so far coming from a total of 20 appearances.

While we have made these predictions for Hearts v Aberdeen for this match preview with the best of intentions, no profits are guaranteed. Always gamble responsibly, and with what you can afford to lose.