AC Horsens will take to the pitch with visitors Odense BK at CASA Arena Horsens in the Superliga tie on Sunday.

Our AC Horsens v Odense BK tips, poll and stats can be seen in full below (plus the best game odds).

AC Horsens will be wanting a better result here after a 1-0 Superliga defeat last time out to FC Midtjylland.

Dion Cools (71') was the scorer for FC Midtjylland.

It has been seldom in recent games that AC Horsens have managed to hold out for a full 90 minutes. In fact, Den Gule Fare have seen their defence breached in 6 of their previous 6 clashes, shipping 11 goals in the process.

Heading into this contest, AC Horsens haven’t won at home in the past 3 matches in the league.

In their last fixture, Odense BK drew 0-0 in the Superliga match with AGF Aarhus.

In 5 of the past six clashes featuring Odense BK, a comparatively low number of goals have been scored between them and opposing teams. The overall average number of goals per game in that spell comes out as a paltry 1.67, with the number of goals averaged by De Stribede being 0.83. That pattern won’t necessarily be carried forward here, however.

Heading into this fixture, Odense BK are unbeaten in their last 2 league matches away from home.

A review of their most recent head-to-head meetings going back to 24/02/2019 shows that AC Horsens have won 1 of these games and Odense BK 4, with the number of draws being 1.

A combined total of 16 goals were produced between them throughout the course of those matches, with 5 from Den Gule Fare and 11 belonging to De Stribede. The average number of goals per game works out to 2.67.

The last league game between these sides was Superliga match day 7 on 01/11/2020 when the final score was Odense BK 1-0 AC Horsens.

The match was refereed by Jens Maae.

AC Horsens manager Jens Askou does not have any fitness concerns to speak of ahead of this game thanks to a completely healthy group available to select from.

Thanks to a fully healthy squad ready to go, Odense BK manager Jakob Michelsen doesn’t have any fitness concerns to speak of before this game.

We’re thinking that AC Horsens will have their work cut out to get anything against this Odense BK side who will likely get the vital goal that wins it.

Our tip is therefore for a hard-fought 0-1 winning score for Odense BK at the end of the 90. 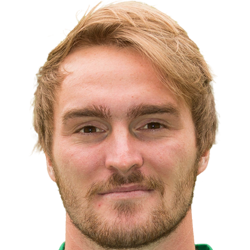 Regularly taking up the Striker position, Jannik Pohl was born in Denmark. Having made his senior debut playing for Aalborg BK in the 2015 - 2016 season, the talented Forward has netted 3 league goals in the Superliga 2020 - 2021 season to date coming from a total of 11 appearances.

We have made these AC Horsens v Odense BK predictions for this match preview with the best intentions, but no profits are guaranteed. Please always gamble responsibly, only with money that you can afford to lose. Best of luck with your selections.