Genoa face their next test on Thursday as they ready themselves for their approaching Coppa Italia showdown with AC Milan.

Our AC Milan v Genoa tips, poll and stats can be seen in full below - as well as up-to-date odds.

AC Milan will be hoping for a repeat of their last result, following the 0-3 Serie A victory over Venezia.

It has been seldom in recent times that AC Milan have managed to hold out for a full 90 minutes. In fact, AC Milan have seen their defence breached in 5 of their previous 6 clashes, shipping 7 goals along the way.

After tasting defeat last time out to Spezia in Serie A action, Genoa and their travelling supporters will be hoping that they can get a better result in this one.

The strike force from Genoa have struggled for goals over their last 6 clashes, contributing the poor return of just 4. In those fixtures, Il Grifone have also seen the collective goal tally against them equal 8. Regardless, we must now wait to see if such a trend will be sustained in this game.

Inspecting their most recent head to head clashes going back to 21/01/2019 shows that AC Milan have won 4 of them and Genoa 1, with the number of drawn matches standing at 1.

A combined sum of 18 goals were scored between the two sides during those clashes, with 12 from i Rossoneri and 6 coming from Il Grifone. The average goals per game has been 3.

That day, Genoa managed 42% possession and 10 shots at goal with 3 on target.

Our feeling is that AC Milan certainly have the ability to create the chances to score more than once when they meet Genoa, who will not find it easy finding the net themselves. 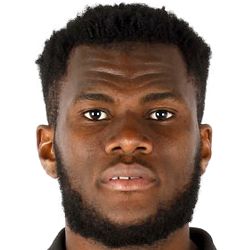 Mostly played in the Centre Midfield position, Franck Kessié was born in Ouragahio, Ivory Coast. Having made his senior debut playing for Cesena in the 2015 - 2016 season, the goalscoring Midfielder has netted 5 league goals in this Serie A 2021 - 2022 season to date in 16 appearances.

We have made these AC Milan v Genoa predictions for this match preview with the best intentions, but no profits are guaranteed. Please always gamble responsibly, only with money that you can afford to lose.