View all of the Heracles Almelo v Den Haag predictions, poll and stats below - as well as the best betting odds.

Heracles Almelo will be looking for a repeat result of a 4-2 Eredivisie triumph against RKC Waalwijk.

Their more recent scorelines shine a light on the fact that quality has been evident in the Heracles Almelo rearguard. Heraclieden have been miserly, seeing the total number of goals that have gone past their goalkeeper during their last six games standing at 4. Regardless, we will just have to wait and see if such a trend will continue on here in this match or not.

Following on from being defeated in their last game at the hands of AZ in Eredivisie competition, Den Haag and their travelling fans will hope for a better result here.

The strike force from Den Haag have failed to get amongst the goals in their past 6 games, recording the unsatisfactory return of only 4. In those matches, De Residentieclub have also seen the collective goal aggregate of their opponents equal 13.

Looking at the statistics for their head to head duels stretching back to 19/11/2017, it’s been all-even between these two clubs with Heracles Almelo winning 2 of those games, Den Haag 2 and 2 being draws in normal time.

An aggregate of 19 goals were shared by the two clubs throughout the course of those matches, with 10 of them for Heraclieden and 9 belonging to De Residentieclub. The average number of goals per game works out to 3.17.

The previous league fixture between these sides was Eredivisie match day 25 on 29/02/2020 which ended up with the score at ADO Den Haag 0-0 Heracles Almelo.

Regarding absentees, there’s just the sole fitness concern for the Heracles Almelo manager Frank Wormuth to contend with thanks to an otherwise robust set of players. Navajo Bakboord (Cruciate Ligament Rupture) will miss out.

Owing to a completely healthy squad available to select from, Den Haag boss Aleksandar Ranković has zero fitness concerns to speak of before this match.

We’re of the opinion that Den Haag must be fancied to score against this Heracles Almelo team, although it may not be as many as they’ll concede.

Our selection here is for a narrow 2-1 winning score for Heracles Almelo at full-time. There looks to be little in this one. 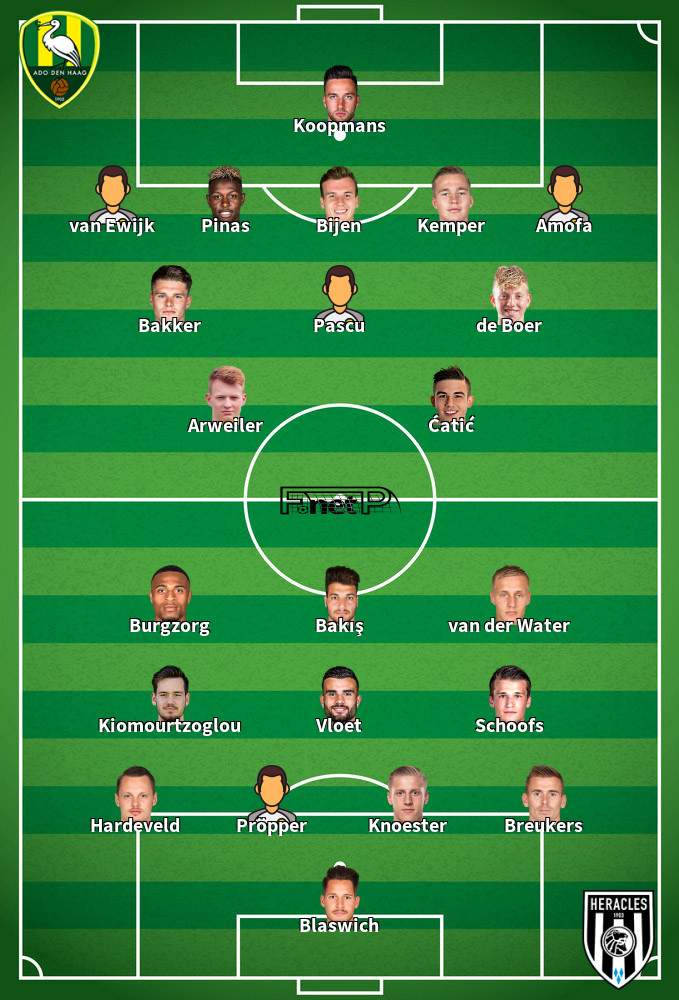 We have made these Heracles Almelo v Den Haag predictions for this match preview with the best intentions, but no profits are guaranteed. Please always gamble responsibly, only with money that you can afford to lose. Good luck if you do place a bet today.