AEK Athens will arrive at Olympic Stadium of Athens on Sunday for the Super League clash with home team Panathinaikos.

View all of the Panathinaikos v AEK Athens predictions, poll and stats below - as well as up-to-date odds.

Panathinaikos will be looking for an improved result here following a 1-0 Super League loss in their previous game against Panetolikos.

Their latest results shine a light on the fact that not much more can be done by the Panathinaikos rearguard. To Trifylli have been stingy, with the total number of goals that have gone past their goalkeeper during their past six clashes standing at 4. Despite that, it remains to be seen whether that trend might be replicated in this next match.

Going into this encounter, Panathinaikos haven't been defeated in their previous 7 league matches at home.

In their previous game, AEK Athens drew 2-2 in the Super League match with Asteras Tripolis.

Showing their appetite for eventful encounters, the back of the net has been hit 20 times in the prior 6 games in which AEK Athens have sent out their troops, making it a mean average of 3.33 goals per clash. Their opponents have managed 10 from this total.

Coming into this fixture, AEK Athens are unbeaten in their previous 5 away league matches.

Looking at the statistics for their head to head meetings dating back to 09/03/2019, both clubs have shared the honours with Panathinaikos winning 2 of those games, AEK Athens 2 and 2 being draws in regulation time.

A combined sum of 15 goals were yielded between them in these games, with 7 of them for To Trifylli and 8 being from AEK. The average number of goals per game works out to 2.5.

The previous league game featuring these sides was Super League match day 11 on 06/12/2020 which finished with the scoreline of AEK Athens 1-2 Panathinaikos.

In that game, AEK Athens had 54% possession and 7 shots at goal with 2 on target. The scorer was Nélson Oliveira (88').

At the other end, Panathinaikos got 7 attempts on goal with 4 of them on target. Federico Macheda (34') and Dimitris Kourbelis (45') scored.

The referee was Irfan Peljto.

Panathinaikos boss László Bölöni doesn’t have any fitness concerns to speak of before this clash with a fully injury-free squad ready to go.

AEK Athens and Panathinaikos are both capable of scoring here.

A draw looks like a realistic possibility, but we’ll see what happens. Our tip is therefore for a close game with a 1-1 score draw at the end of the 90. 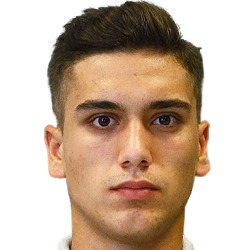 Generally playing in the Striker position, Argyris Kampetsis was born in Athens, Greece. After having played his first senior match for Panathinaikos in the 2018 - 2019 season, the skilful Forward has netted 3 league goals in this Super League 2020 - 2021 campaign to date from a total of 12 appearances.

We have made these Panathinaikos v AEK Athens predictions for this match preview with the best intentions, but no profits are guaranteed. Please always gamble responsibly, only with money that you can afford to lose. Good luck with your selections.