Return to this page a few days before the scheduled game when this expired prediction will be updated with our full preview and tips for the next match between these teams.
Full-Time Result Prediction
👉
Accrington Stanley to Win

AFC Wimbledon head to Wham Stadium on Saturday for the League One game with home team Accrington Stanley.

Our Accrington Stanley v AFC Wimbledon tips, poll and stats can be seen in full below - along with the latest match odds.

Accrington Stanley will be hoping for a repeat of their last result, following the 1-2 League One success over Oxford United.

For Accrington Stanley, the goals were scored by Paul Smyth (16') and Michael Nottingham (70'). Elliot Lee (25') was the scorer for Oxford United.

It’s been seldom in recent games that Accrington Stanley have kept a clean sheet. It will be a concern for them that Stanley have seen their defence breached in 5 of their previous 6 games, shipping 14 goals along the way. That kind of trend might not be continued into this match, though.

After suffering a loss in their previous game against Fleetwood Town in League One action, AFC Wimbledon and their fans will hope to get a better result this time.

Barrie McKay (88') was the scorer for Fleetwood Town.

Over the course of 5 of the past 6 games involving AFC Wimbledon, a relatively low number of goals have been hit between them and opposing sides. The overall average number of goals per game within that period comes out as a paltry 1.5, with the number of goals averaged by The Dons being 0.67.

Leading up to this clash, AFC Wimbledon:

Looking over their prior head-to-head clashes stretching back to 18/05/2016 tells us that Accrington Stanley have won 3 of them and AFC Wimbledon 0, with the tally of drawn games being 3.

17 goals were shared by the two clubs in this period, with 10 from Stanley and 7 belonging to The Dons. This gives an average number of goals per game equal to 2.83.

The last league encounter between the two was League One match day 4 on 03/10/2020 which ended up with the score at AFC Wimbledon 1-2 Accrington Stanley.

Accrington Stanley manager John Coleman does not have any fitness worries whatsoever ahead of this game thanks to a fully injury-free group available for selection.

With a fully injury-free group available to choose from, AFC Wimbledon manager Mark Robinson doesn’t have any fitness worries to speak of coming into this match.

Our thinking is that AFC Wimbledon will need to apply a lot of pressure to register a score against this Accrington Stanley lineup who should score one, at least.

Our tip is therefore for a narrow 1-0 winning margin for Accrington Stanley at full-time. 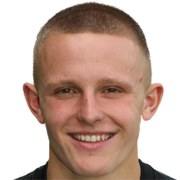 Regularly playing in the Striker position, Colby Bishop was born in England. After having played his first senior match for Notts County in the 2014 - 2015 season, the gifted Forward has struck 8 league goals in this League One 2020 - 2021 season so far in 32 appearances.

While we have made these predictions for Accrington Stanley v AFC Wimbledon for this match preview with the best of intentions, no profits are guaranteed. Always gamble responsibly, and with what you can afford to lose. Best of luck.