AFC Wimbledon head to Brunton Park on Saturday for the League Two tie with home side Carlisle United.

For all of our match predictions, pre-game poll and statistics for Carlisle United v AFC Wimbledon, scroll down - along with the latest match odds.

Carlisle United will play in this fixture after a 0-0 League Two drawn game against Mansfield Town.

Paul Simpson's Carlisle United have scored a sum total of 7 times in their prior half-dozen outings. The corresponding tally of goals that have been scored against them in that time is 8.

Following on from suffering a loss in their previous game against Northampton Town in League Two action, AFC Wimbledon and their fans will hope to get a better result this time.

The only player to score from AFC Wimbledon was Ryley Towler (69' Own goal). Jon Guthrie (27') scored for Northampton Town.

The stats tell the story, and AFC Wimbledon have been scored against in 5 of their last 6 games, seeing opposing sides hit 10 goals overall. Defensively, AFC Wimbledon just haven’t been too solid at all. That kind of pattern might not be carried forward into this next game, however.

The last league clash featuring the two was League Two match day 26 on 23/02/2016 when it finished AFC Wimbledon 1-0 Carlisle United.

The referee was Darren Deadman.

The Carlisle United manager Paul Simpson doesn’t have any fitness concerns to speak of coming into this game owing to a fully healthy squad to pick from.

Owing to a fully injury-free group available to select from, the AFC Wimbledon manager Johnnie Jackson does not have any fitness concerns at all before this match.

For this match, we think that AFC Wimbledon should have enough to put a goal past this Carlisle United lineup, however that might not be as many as they will have scored against them.

We are anticipating a very close game with a 2-1 victory for Carlisle United by the time that the referee blows the final whistle. Expecting it to be very competitive. 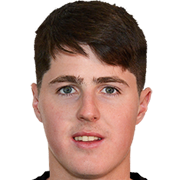 Typically taking up the Central Defensive Midfielder position, Jon Mellish was born in England. Having played his first senior match for Gateshead in the 2016 - 2017 season, the gifted Midfielder has scored a sum of 2 league goals in this League Two 2022 - 2023 campaign so far from a total of 6 appearances.

We have made these Carlisle United v AFC Wimbledon predictions for this match preview with the best intentions, but no profits are guaranteed. Please always gamble responsibly, only with money that you can afford to lose. Good luck!