Return to this page a few days before the scheduled game when this expired prediction will be updated with our full preview and tips for the next match between these teams.
Full-Time Result Prediction
👉
Orgryte to Win

Orgryte take on visiting opponents Akropolis IF at Gamla Ullevi in this Superettan game on Saturday.

For all of our match predictions, pre-game poll and statistics for Orgryte v Akropolis IF, scroll down - plus the latest betting odds.

Orgryte, following on from their previous result, will be hoping for more of the same after the 0-1 Superettan victory against GIF Sundsvall.

In that game, Orgryte had 55% possession and 16 shots at goal with 8 on target. The scorer for Orgryte was Daniel Paulson (44'). At the other end, GIF Sundsvall had 6 attempts at goal with 2 on target.

In their past 6 fixtures, Dane Ivarsson's Orgryte have found the net 7 times which gives them an average number of goals scored per match equal to 1.17.

In the game prior to this, Akropolis IF drew 3-3 in the Superettan tie with Falkenbergs FF.

Going into this contest, Akropolis IF haven't been defeated in their previous 4 away league matches.

The previous league fixture featuring these clubs was Superettan match day 6 on 15/05/2021 and the score finished Akropolis IF 0-1 Orgryte.

In that game, Akropolis IF managed 53% possession and 14 shots at goal with 6 on target.

At the other end, Orgryte got 5 attempts at goal with 4 on target. Ajdin Zeljkovic (85') scored.

The referee was Andreas Johansson.

The Orgryte boss Dane Ivarsson will be happy not to have any fitness worries whatsoever before this match with a fully injury-free group available to select from.

With a completely healthy group available to select from, the Akropolis IF manager Mirza Jelečak doesn’t have any fitness worries at all before this game.

Our assessment is that Akropolis IF are likely to put a goal past this Orgryte team, but it isn’t expected to be enough to avoid a loss.

We’re tipping a very close game with a 2-1 advantage for Orgryte at full-time. Let’s see what happens here. 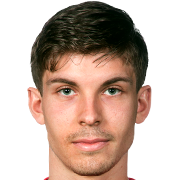 Usually played in the Left Attacking Midfielder position, Daniel Paulson was born in Sweden. Having made a first senior appearance for Orgryte in the 2013 season, the goalscoring Midfielder has scored a sum of 4 league goals in this Superettan 2021 season to date in 18 appearances.

While we have made these predictions for Orgryte v Akropolis IF for this match preview with the best of intentions, no profits are guaranteed. Always gamble responsibly, and with what you can afford to lose. Good luck!