Return to this page a few days before the scheduled game when this expired prediction will be updated with our full preview and tips for the next match between these teams.
Full-Time Result Prediction
👉
CE Sabadell to Win

Albacete will be visiting Estadi Municipal Nova Creu Alta on Friday for the La Liga 2 showdown with home side CE Sabadell.

Our predictions, user poll and statistics for CE Sabadell v Albacete can be found here - plus the latest match odds.

CE Sabadell will be looking to improve on their last outing here following a 1-0 La Liga 2 defeat last time out to Espanyol.

In that match, CE Sabadell managed 55% possession and 10 attempts at goal with 5 on target. For their opponents, Espanyol got 16 attempts on goal with 3 of them on target. Raúl de Tomás (52') scored for Espanyol.

Under three goals per match were recorded in 5 of the last 6 fixtures where CE Sabadell have been participants. Regarding the goal split in that period, their opponents scored a total of 5 and Arlequinats managed the sum of 5. While that may be of interest, we’ll just have to find out if such a trend shall continue on here in this match.

Their prior results show that CE Sabadell:

Following on from being defeated in their last game at the hands of Sporting Gijón in La Liga 2 competition, Albacete will be hoping to turn things around here.

In the course of their six most recent matches, Alejandro Menéndez's Albacete have found the back of the net 5 times - earning them the goals per game average of 0.83.

The last league meeting featuring the two was La Liga 2 match day 6 on 17/10/2020 and the score finished Albacete 3-0 CE Sabadell.

CE Sabadell had 10 shots at goal with 4 on target.

Thanks to a completely injury-free group available to choose from, Albacete manager Alejandro Menéndez has no fitness concerns at all coming into this game.

In our opinion, Albacete are capable enough to score against this CE Sabadell team, although it is unlikely to be enough to avoid a loss.

Our tip is for a 2-1 win for CE Sabadell by the conclusion of the game. There looks to be little in this one. 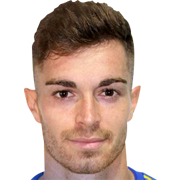 Regularly played in the Right Wing position, Juan Hernández was born in Lorca, Spain. After making a first senior appearance for Cádiz in the 2018 - 2019 season, the goalscoring Forward has netted 4 league goals in this LaLiga2 2020 - 2021 campaign to date in a total of 22 appearances.

We have made these CE Sabadell v Albacete predictions for this match preview with the best intentions, but no profits are guaranteed. Please always gamble responsibly, only with money that you can afford to lose. Good luck with your selections.