Return to this page a few days before the scheduled game when this expired prediction will be updated with our full preview and tips for the next match between these teams.
Full-Time Result Prediction
👉
Albacete to Win

Albacete come up against visiting team CD Lugo at The Estadio Carlos Belmonte in this La Liga 2 clash on Sunday.

All of our predictions, stats and the user poll for Albacete v CD Lugo are shown below - along with the latest match odds.

Albacete, who won their previous game, will hope for a similar result following the 0-1 La Liga 2 victory over FC Andorra.

Their more recent scorelines highlight the fact that much solidity has been shown by the Albacete defence. Albacete have been miserly, resulting in the number of goals that have gone past their goalkeeper over the course of their last six matches standing at 2.

Taking a look at their past results, Albacete:

Since being defeated in their last game at the hands of Villarreal CF B in La Liga 2 action, CD Lugo will be aiming to make amends here.

The forward players for CD Lugo have made hard work of scoring goals in their past 6 games, contributing the unsatisfactory return of only 2. In those matches, Luguiño have also seen the overall goal tally of opposing teams equal 7. Previous results aside, we will just have to wait and see if the trend shall be maintained in this match.

An aggregate of 11 goals were scored between them during those clashes, with 6 of them from Queso Mecánico and 5 coming from Luguiño. The average goals per game has been 1.83.

On that occasion, CD Lugo had 35% possession and 7 shots on goal with 3 of them on target. Their only player on the scoresheet was Manu Barreiro (17').

The Albacete manager Rubén Albés will be thankful to have no fitness concerns whatsoever before this game thanks to a fully healthy squad available to choose from.

Due to a mostly available group, there is only the sole fitness problem for the CD Lugo boss Fran Justo to be concerned with. Joselu Moreno (Knee Problems) misses out for this game.

We’re inclined to think that CD Lugo will likely be able to find the net against this Albacete team, but that probably won’t be as many as they’ll concede.

We think that it’s going to be a close game with a 2-1 winning margin for Albacete at the end of the match. There shouldn’t be much in it, either way. 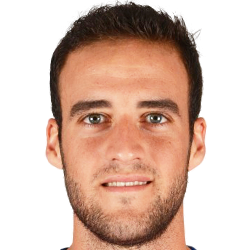 Usually taking up the Striker position, Higinio Marín was born in Calasparra, Spain. Having made a first senior appearance for Real Murcia in the 2012 - 2013 season, the talented Forward has contributed 7 league goals in the LaLiga2 2022 - 2023 season so far in a total of 21 appearances.

While we have made these predictions for Albacete v CD Lugo for this match preview with the best of intentions, no profits are guaranteed. Always gamble responsibly, and with what you can afford to lose. We wish you the best of luck.