Return to this page a few days before the scheduled game when this expired prediction will be updated with our full preview and tips for the next match between these teams.
Full-Time Result Prediction
👉
Aldershot Town to Win

Wealdstone will arrive at The Recreation Ground on Sunday for the National League meeting with home side Aldershot Town.

All Aldershot Town v Wealdstone game predictions, stats and user poll are shown below including the latest game odds.

Aldershot Town will be hoping for a better result after a 1-3 National League loss in their previous game against Wealdstone.

It has been seldom in recent games where Aldershot Town have managed to hold out for a full 90 minutes. The reality is that Aldershot Town have seen their defence breached in 6 of their previous 6 matches, shipping 9 goals on the way. We will see if that trend will be continued on into this next match.

Stuart Maynard's Wealdstone have turned their attacks into goals 8 times throughout their latest 6 matches. The number of goals that they have conceded during those same clashes equals 7.

Coming into this fixture, Wealdstone haven’t won away from home in the past 2 matches in the league.

The previous league fixture featuring these clubs was National League match day 7 on 18/09/2021 and the score finished Wealdstone 2-2 Aldershot Town.

The Aldershot Town manager Mark Molesley will be grateful to have no fitness concerns at all before this game thanks to a completely healthy group to pick from.

Thanks to a completely healthy group to pick from, the Wealdstone manager Stuart Maynard has zero fitness concerns at all before this match. Alex Dyer will not be able to play in this game through being suspended.

Our thinking is that Wealdstone would be disappointed if they were not to find the net against this Aldershot Town outfit, although that possibly won’t quite be as many as the goals that they could concede.

We reckon that it will be a close game with a 2-1 victory for Aldershot Town by the time that the referee blows the final whistle. Should be a good one. 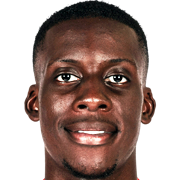 Typically playing in the Left Wing position, Mikael Ndjoli was born in England. After having made a senior debut playing for Kilmarnock in the 2018 - 2019 season, the talented Forward has managed to score 6 league goals in this National League 2021 - 2022 campaign so far coming from a total of 22 appearances.

While we have made these predictions for Aldershot Town v Wealdstone for this match preview with the best of intentions, no profits are guaranteed. Always gamble responsibly, and with what you can afford to lose. We wish you the best of luck.