Alessandria will be taking on visiting rivals Cremonese at Stadio Giuseppe Moccagatta in the Serie B clash on Saturday.

Scroll down for all of our predictions, poll and stats for the Alessandria v Cremonese game - plus the latest match odds.

Alessandria will be hoping for a repeat of their last result, following a 2-3 Serie B triumph over SPAL.

In that match, Alessandria had 34% possession and 11 attempts at goal with 8 on target. For Alessandria, goals were scored by Riccardo Chiarello (23'), Simone Corazza (34') and Andrea Arrighini (38'). SPAL had 12 shots at goal with 2 on target. Marco Mancosu (21') and Lorenzo Dickmann (28') scored for SPAL.

It’s not been often in recent times that Alessandria have shown defensive steel. In fact, Alessandria have been scored against in 5 of their previous 6 clashes, giving up 8 goals on the way. That trend won’t necessarily be carried forward into this game, though.

Coming into this meeting, Alessandria haven’t won at home in the past 2 matches in the league.

Cremonese will go into the meeting following on from a 1-2 Serie B win with the downing of Reggina in their last game.

In that game, Cremonese managed 49% possession and 18 attempts on goal with 8 on target. For Cremonese, the scorers were Cristian Buonaiuto (56') and Gianluca Gaetano (63'). For their opponents, Reggina had 12 attempts at goal with 2 of them on target. Adriano Montalto (30') was the scorer for Reggina.

Cremonese have been dangerous up front of late, scoring 7 goals in their last 6 matches. This doesn’t mask the fact that Cremonese have had their own issues at the back, also conceding in 6 of those same games.

Coming into this clash, Cremonese are unbeaten in their previous 2 away league matches.

The Alessandria boss Moreno Longo has a full complement, with no fitness worries whatsoever before this clash thanks to a completely injury-free squad available for selection.

Thanks to a fully injury-free group ready to go, the Cremonese boss Fabio Pecchia has zero fitness worries whatsoever coming into this match.

We’re of the opinion that Alessandria could well find it tough to see themselves scoring against this Cremonese outfit who we reckon should emerge victorious.

We therefore see a very competitive encounter with a 0-1 winning margin for Cremonese when the full-time whistle blows. 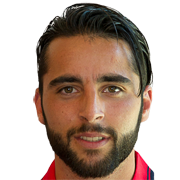 Typically deployed in the Centre Midfield position, Riccardo Chiarello was born in Arzignano, Italy. After having made a senior debut playing for Alessandria in the 2021 - 2022 season, the talented Midfielder has managed to score 2 league goals in this Serie B 2021 - 2022 campaign so far from a total of 10 appearances.

While we have made these predictions for Alessandria v Cremonese for this match preview with the best of intentions, no profits are guaranteed. Always gamble responsibly, and with what you can afford to lose. Best of luck.