Arbroath come up against visiting opponents Alloa Athletic at Gayfield Park in the Championship game on Saturday.

All Arbroath v Alloa Athletic game predictions, stats and user poll are shown below including the latest game odds.

Arbroath will be hoping for a better result following the 1-0 Championship loss in their previous game against Inverness C.T.

Nikolay Todorov (69') was the scorer for Inverness C.T.

A common characteristic of recent Arbroath games is the high number of scores with a nil in them.

Taking their prior 6 matches leading up to this one, in 5 of them a bet on "Both Teams to Score" would have been a loser.

Leading up to this clash, Arbroath:

Demonstrating their predisposition for productive encounters, we’ve had goals 22 times in the previous 6 matches in which Alloa Athletic have taken to the field, making it a mean average of 3.67 goals each clash. Opposition teams have hit 13 of those goals. Despite that, it remains to be seen if that pattern shall be sustained in this next game.

An examination of their prior head-to-head meetings dating back to 27/07/2019 shows that Arbroath have won 2 of these games & Alloa Athletic 3, with the number of drawn games standing at 1.

A combined total of 14 goals were produced between them in this period, with 6 of them for The Red Lichties and 8 belonging to The Wasps. That’s an average goals per game of 2.33.

The last league game featuring the two was Championship match day 16 on 13/02/2021 and the score finished Alloa Athletic 1-1 Arbroath.

The match was refereed by Steven Kirkland.

Owing to a completely injury-free squad available to choose from, Alloa Athletic manager Peter Grant does not have any fitness worries at all coming into this clash.

We’re of the opinion that Arbroath will most probably dominate possession and create several successful chances.

At the same time, Alloa Athletic won’t find it easy getting goals although we do think it’s probable that they will be being dangerous at times, too. 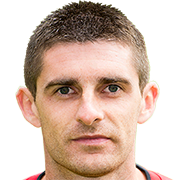 Typically playing in the Striker position, Kris Doolan was born in Irvine, Scotland. Having made his senior debut playing for Partick Thistle in the 2008 - 2009 season, the dangerous Forward has accumulated 3 league goals in this Championship 2020 - 2021 campaign to date in a total of 15 appearances.

We have made these Arbroath v Alloa Athletic predictions for this match preview with the best intentions, but no profits are guaranteed. Please always gamble responsibly, only with money that you can afford to lose.