Altrincham take on away team Notts County at J. Davidson Stadium in this National League game on Saturday.

For all of our match predictions, pre-game poll and statistics for Altrincham v Notts County, scroll down (inc. the best betting odds).

Altrincham will be looking for an improved result here following the 2-3 National League losing effort in their last game against Barnet.

An interesting characteristic of more recent Altrincham games is the high number of scores with a nil in them.

From their prior six clashes leading up to this one, in as many as 5 of them a bet on both teams scoring would have been a loser. We will just have to see whether or not that trend will be continued on here.

Coming into this meeting, Altrincham are without a home win in the past 3 league matches.

After being defeated in their last game at the hands of Eastleigh in National League action, Notts County and their travelling supporters will be hoping that they can get a better result in this one.

The stats don’t lie, and Notts County have been scored against in 6 of their last 6 games, conceding 11 goals in total. At the back, The Magpies just haven’t been too solid at all.

Altrincham manager Phil Parkinson will be grateful to have no fitness concerns to speak of before this match thanks to a fully healthy group to pick from.

Due to a mostly full-strength group, there’s just the lone fitness worry for the Notts County gaffer Ian Burchnall to contend with. Callum Roberts (Hip Injury) won’t be in action.

Altrincham will have their work cut out to hit the back of the net against this Notts County team who we think might be able to grind out a win.

We therefore think that it’s going to be a good tussle with a 0-1 victory for Notts County at the end of this game. 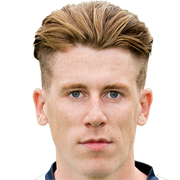 Normally playing in the Striker position, Tom Peers was born in Warrington, England. Having made a first senior appearance for in the 2013 - 2014 season, the dangerous Forward has contributed 4 league goals in the National League 2020 - 2021 campaign so far from a total of 26 appearances.

While we have made these predictions for Altrincham v Notts County for this match preview with the best of intentions, no profits are guaranteed. Always gamble responsibly, and with what you can afford to lose. We wish you the best of luck.