Scroll down for all of our predictions, poll and stats for the CSKA 1948 v Arda Kardzhali game - as well as up-to-date odds.

CSKA 1948 head into this game following on from a 2-2 First League drawn game against Beroe Stara Zagora.

Nikolay Kirov's CSKA 1948 have managed to score 13 times over their past half-dozen outings. Conversely, the number of goals that they have conceded in those games stands at 6.

Demonstrating their predisposition for fruitful matches, we’ve had goals 22 times in the previous six games in which Arda Kardzhali have taken to the pitch, yielding a mean average of 3.67 goals each fixture. Opposition teams have managed 13 of these goals.

Looking at their most recent head-to-head clashes dating back to 24/08/2020 shows us that CSKA 1948 have won 1 of these games and Arda Kardzhali 2, with the tally of drawn matches standing at 3.

A combined total of 18 goals were scored between them in these games, with 9 of them for CSKA and 9 created by The Vallecans. That is an average goals per game value of 3.

The previous league meeting featuring these sides was First League match day 2 on 22/04/2022 which finished with the scoreline of Arda Kardzhali 3-6 CSKA 1948.

On that occasion, Arda Kardzhali managed 53% possession and 9 attempts at goal with 3 of them on target. The goals were scored by Svetoslav Kovachev (48') and Ivan Kokonov (70').

The referee was Stanimir Trenchev.

Regarding absentees, there’s just one fitness concern for the CSKA 1948 boss Nikolay Kirov to be concerned about from an otherwise fully-primed group of players. Steliyan Dobrev (Collarbone fracture) misses out.

With a fully injury-free group ready to go, the Arda Kardzhali boss Stamen Belchev does not have any fitness concerns to speak of coming into this match.

In our opinion, CSKA 1948 can get the win and a possible clean sheet when they play Arda Kardzhali, who could well struggle to find the back of the net.

Accordingly, we see a comfortable 2-0 win for CSKA 1948 at the end of the match. 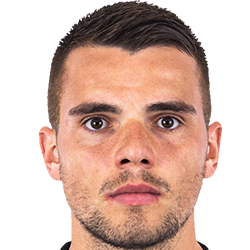 Usually playing in the Striker position, Aleksandar Kolev was born in Bulgaria. After having made a senior debut playing for Botev in the 2014 - 2015 season, the accomplished Forward has managed 5 league goals in the First League 2021 - 2022 season to date coming from a total of 11 appearances.

We have made these CSKA 1948 v Arda Kardzhali predictions for this match preview with the best intentions, but no profits are guaranteed. Please always gamble responsibly, only with money that you can afford to lose. Best of luck with your selections.