Arda Kardzhali line up against visiting club Pirin at Arena Arda in this First League match on Friday.

View all of the Arda Kardzhali v Pirin predictions, poll and stats below - as well as the best betting odds.

Arda Kardzhali will play in this game following a 0-0 First League tied result versus Pirin.

Arda Kardzhali haven’t exactly had impressive attacking statistics in recent times. Their goals record equals just 4 versus opponents over their previous six matches. In those meetings, Arda Kardzhali have also seen the tally of goals scored against them come to 8. Such a trend won’t necessarily be sustained into this game, of course.

Demonstrating their involvement in productive matches, goals have been scored 21 times in the previous six games in which Pirin have taken to the field, giving an average of 3.5 goals per fixture. Opposition teams have got 12 of this grand total.

The previous league fixture featuring these sides was First League match day 8 on 17/09/2021 which ended up with the score at Arda Kardzhali 0-0 Pirin.

The Arda Kardzhali manager Nikolay Kirov doesn’t have any fitness worries to speak of ahead of this clash thanks to a fully healthy group available to select from.

With a fully healthy group ready to go, the Pirin manager Milen Radukanov has no fitness worries whatsoever coming into this clash. Stanislav Manolev is ineligible for this match because of suspension.

In this game, Arda Kardzhali will probably get the goals that they need when they come up against Pirin, who might well find it difficult to score themselves.

Therefore, we are anticipating a fairly comfortable 2-0 win for Arda Kardzhali at the conclusion of the game. 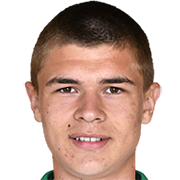 Generally playing in the Striker position, Tonislav Yordanov was born in Sevlievo, Bulgaria. After having played his first senior match for Etar Veliko Tarnovo in the 2019 - 2020 season, the skilful Forward has managed 2 league goals in the First League 2021 - 2022 season to date coming from a total of 5 appearances.

While we have made these predictions for Arda Kardzhali v Pirin for this match preview with the best of intentions, no profits are guaranteed. Always gamble responsibly, and with what you can afford to lose. We wish you the best of luck.