The First League game at Arena Arda on Monday will see home side Arda Kardzhali take to the field against opponents Septemvri Sofia.

Scroll down for all of our predictions, poll and stats for the Arda Kardzhali v Septemvri Sofia game (inc. the best betting odds).

Arda Kardzhali are hoping to win again after their last result, the 0-2 First League success versus Botev.

Matches featuring Arda Kardzhali have usually been lively ones lately with plenty of scoring being the norm. Over their past half dozen games, a grand total of 21 goals have flown in for both sides combined (at an average of 3.5 goals per game) with 9 of them accredited to Arda Kardzhali.

In their last fixture, Septemvri Sofia drew 1-1 in the First League match with Botev Vratsa.

It has become apparent that Septemvri Sofia have suffered from a shortage of goals over their previous 6 encounters, contributing the disappointing return of just 4. In those fixtures, The Septembrians have also seen the overall goal tally of their opponents equal 9. It will be interesting to see whether or not that trend can be sustained in this game.

The Arda Kardzhali manager Aleksandar Tunchev will be grateful to have no fitness concerns at all before this clash with a fully injury-free squad available to choose from.

With a fully healthy squad ready to go, the Septemvri Sofia manager Slavko Matić does not have any fitness concerns whatsoever before this game.

We believe that Septemvri Sofia have enough to find the back of the net against this Arda Kardzhali side, although that may not quite be as many as the goals that they could concede.

We can see a narrow 2-1 advantage for Arda Kardzhali at the end of the match. There looks to be little in this one. 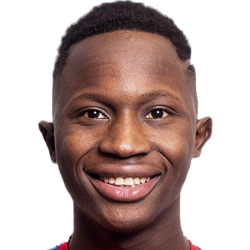 Mostly deployed in the Striker position, Lassana N'Diaye was born in Mali. After having made a senior debut playing for Arda Kardzhali in the 2022 - 2023 season, the dangerous Forward has got 2 league goals in this First League 2022 - 2023 campaign so far coming from a total of 3 appearances.

While we have made these predictions for Arda Kardzhali v Septemvri Sofia for this match preview with the best of intentions, no profits are guaranteed. Always gamble responsibly, and with what you can afford to lose. Good luck!