Aris FC will be taking on visiting side Olympiacos at Kleanthis Vikelides Stadium in this Super League clash on Sunday.

Our predictions, user poll and statistics for Aris FC v Olympiacos can be found here (inc. the best betting odds).

Aris FC, buoyed by their previous result, will be hoping for more of the same after the 0-2 Super League success vs Asteras Tripolis.

In that match, Aris FC managed 47% possession and 8 attempts on goal with 5 on target. For Aris FC, the goals were scored by Andre Gray (20') and Salem M'Bakata (60'). For their opponents, Asteras Tripolis got 18 shots on goal with 6 of them on target.

In their preceding 6 fixtures, Germán Burgos's Aris FC have scored 8 times, with that being an average number of goals per match equal to 1.33.

Since a losing effort in their last game against Freiburg in Europa League competition, Olympiacos and their travelling fans will hope for a better result here.

Looking at their form, and Olympiacos have been scored against in 5 of their last 6 matches, with opponents netting 8 goals overall. In defence, Olympiacos certainly have room for improvement. That kind of trend might not be carried forward here, of course.

Going into this encounter, Olympiacos are unbeaten in their last 4 league matches away from home.

Looking over their past head-to-head meetings dating back to 21/03/2021 tells us that Aris FC have won 1 of them & Olympiacos 4, with the tally of draws standing at 1.

11 goals were scored between them during those clashes, with 4 of them from Theos tou polemou and 7 for Τhrylos. That is an average goals per game value of 1.83.

The last league meeting featuring these sides was Super League match day 7 on 08/05/2022 and the score finished Aris FC 0-1 Olympiacos.

That day, Aris FC managed 46% possession and 15 shots on goal with 4 of them on target.

Olympiacos got 8 shots on goal with 4 of them on target. Tiquinho Soares (55') was the scorer.

The Aris FC manager Germán Burgos does not have any fitness worries at all before this clash owing to a completely injury-free squad to choose from.

Owing to a completely healthy group to choose from, the Olympiacos manager Carlos Corberán has no fitness worries to report coming into this clash. Marcelo cannot play in this game through suspension.

Here is a game where Aris FC may find it difficult to hit the back of the net against this Olympiacos lineup who should get the vital goal that wins it.

We’re therefore anticipating a 0-1 advantage for Olympiacos when all is said and done. 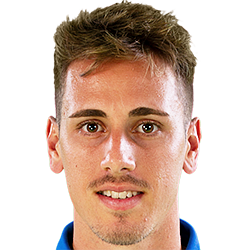 Customarily used in the Right Attacking Midfielder position, Daniel Mancini was born in Tránsito, Argentina. After making a first senior appearance for Newell´s Old Boys in the 2015 season, the accomplished Midfielder has got 2 league goals in this Super League 2022 - 2023 season so far from a total of 4 appearances.

While we have made these predictions for Aris FC v Olympiacos for this match preview with the best of intentions, no profits are guaranteed. Always gamble responsibly, and with what you can afford to lose. Good luck with your selections.