Arka Gdynia will be facing visitors Górnik Zabrze at Stadion Miejski w Gdyni in this Ekstraklasa meeting on Tuesday.

All of our predictions, stats and the user poll for Arka Gdynia v Górnik Zabrze are shown below - as well as up-to-date odds.

Arka Gdynia will be looking for another win after the 3-2 Ekstraklasa triumph vs ŁKS Łódź.

Ireneusz Mamrot's Arka Gdynia have netted a sum total of 9 times over their prior 6 outings. The tally of goals that have been scored against them in that same time amounts to 8.

Heading into this fixture, Arka Gdynia are undefeated in their last 4 home league matches.

Górnik Zabrze will go into this match following a 4-1 Ekstraklasa win vs Raków Częstochowa in their most recent game.

The stats don’t lie, and Górnik Zabrze have been scored against in 5 of their last 6 matches, seeing their opponents hit 6 goals in total. In defence, Trójkolorowi have not been doing too well. That trend won’t necessarily be carried forward here, however.

Looking at the statistics for their head to head duels stretching back to 12/12/2017, it’s been all-even between these two clubs with Arka Gdynia winning 2 of those games, Górnik Zabrze 2 and 2 being draws in normal time.

A total of 9 goals were yielded between them in these games, with 4 from Żółto-Niebiescy and 5 being from Trójkolorowi. That’s an average goals per game figure of 1.5.

The previous league meeting between the two was Ekstraklasa match day 22 on 14/02/2020 which finished with the scoreline of Górnik Zabrze 2-0 Arka Gdynia.

Arka Gdynia boss Ireneusz Mamrot will be thankful to have no fitness worries to speak of ahead of this clash thanks to a completely injury-free squad available for selection.

Arka Gdynia will really need to work well to be putting a goal past this Górnik Zabrze team who we reckon should do enough to score at the other end and edge ahead.

We therefore think that it’s going to be a good tussle with a 0-1 victory for Górnik Zabrze at the end of this game.

Over/Under 2.5 Goals Prediction for Arka Gdynia vs Górnik Zabrze
Under 2.5 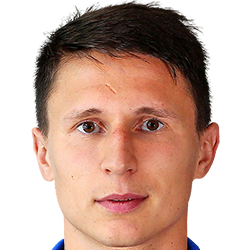 Regularly taking to the field in the Striker position, Maciej Jankowski was born in Poland. After having made a senior debut playing for Ruch Chorzów in the 2010 - 2011 season, the skilful Forward has accumulated 6 league goals in this Ekstraklasa 2019 - 2020 campaign so far from a total of 28 appearances.

While we have made these predictions for Arka Gdynia v Górnik Zabrze for this match preview with the best of intentions, no profits are guaranteed. Always gamble responsibly, and with what you can afford to lose. Best of luck.