CSKA Moscow will visit Arsenal Stadium on Sunday for the Premier League game with home side Arsenal Tula.

All of our predictions, stats and the user poll for Arsenal Tula v CSKA Moscow are shown below - as well as the best betting odds.

Arsenal Tula will be wanting a better result here after the 2-1 Premier League defeat last time out to Terek Grozny.

Matches involving Arsenal Tula have often been exciting ones lately with a lot of goalmouth action being a common characteristic. Over their past six games alone, the sum total of 20 goals have been recorded for both teams combined (at an average of 3.33 goals per game) with 7 of those coming from Arsenal Tula. Still, we must now wait to see whether that trend will persist here in this match.

Coming into this contest, Arsenal Tula are unbeaten in their last 2 league matches at home.

Following on from being defeated in their last game at the hands of Zenit St Petersburg in Premier League competition, CSKA Moscow and their fans will hope to get a better result this time.

In that match, CSKA Moscow had 42% possession and 10 shots at goal with 2 on target. Zenit got 14 shots on goal with 6 of them on target. Sardar Azmoun (82') scored for Zenit St Petersburg.

Aleksei Berezutski's CSKA Moscow have found the back of the net 8 times in the course of their latest 6 matches. The overall goals that they have conceded during the equivalent period comes to 6.

Looking at the statistics for their head to head meetings dating back to 18/08/2018, there is nothing to separate the two clubs with Arsenal Tula winning 3 of those games, CSKA Moscow 3 and 0 being drawn in normal time.

In all, 18 goals were produced between them in this period, with 7 of them for Pryaniki and 11 netted by Armeytsy. The average number of goals per game works out to 3.

The previous league contest between these sides was Premier League match day 22 on 13/03/2021 which finished with the scoreline of Arsenal Tula 2-1 CSKA Moscow.

On that day, Arsenal Tula had 42% possession and 7 shots at goal with 3 on target. The goals were scored by Vladislav Panteleyev (42') and Aleksandr Lomovitsky (45').

For their opponents, CSKA Moscow had 11 shots at goal with 4 on target. Nayair Tiknizyan (90') scored.

The Arsenal Tula boss Dmytro Parfenov will be thankful to have no fitness concerns to speak of coming into this match with a fully injury-free group to pick from.

CSKA Moscow boss Aleksei Berezutski has not got a full squad to pick from. Mário Fernandes (Bruised Knee), Bruno Fuchs (Muscular problems) and Hördur Magnússon (Achilles tendon rupture) are those who can’t be considered.

We feel that in this game, Arsenal Tula have it within them to find the back of the net against this CSKA Moscow lineup, although just one goal possibly won’t quite be as many as they’ll concede.

We can see a close game with a 1-2 advantage for CSKA Moscow at the end of the 90 minutes. Expecting it to be very competitive. 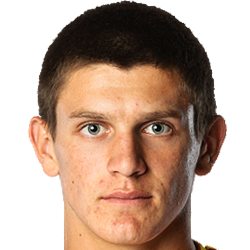 Generally playing in the Centre Midfield position, Daniil Khlusevich was born in Russia. After making a first senior appearance for Arsenal Tula in the 2019 - 2020 season, the accomplished Midfielder has netted 2 league goals in the Premier League 2021 - 2022 campaign so far in a total of 6 appearances.

We have made these Arsenal Tula v CSKA Moscow predictions for this match preview with the best intentions, but no profits are guaranteed. Please always gamble responsibly, only with money that you can afford to lose.