Aston Villa will be taking on visiting rivals Brighton at Villa Park in the Premier League match on Saturday.

Scroll down for all of our predictions, poll and stats for the Aston Villa v Brighton & Hove Albion game - along with the latest match odds.

Aston Villa will be hoping for a better result following the 1-0 Premier League defeat last time out to Southampton.

Last time out, Brighton drew 1-1 in the Premier League tie with Newcastle United.

During their six latest matches, Graham Potter's Brighton & Hove Albion have found the net 6 times, giving them a goals scored per game average of 1.

A review of their prior head-to-head meetings stretching back to 07/05/2017 shows us that Aston Villa have won 2 of these and Brighton 1, with the number of draws being 3.

A sum of 14 goals were scored between them in this period, with 8 from The Villans and 6 for The Seagulls. The average goals per game has been 2.33.

The last league encounter between these clubs was Premier League match day 24 on 13/02/2021 when it ended Brighton & Hove Albion 0-0 Aston Villa.

On that occasion, Brighton & Hove Albion managed 58% possession and 26 attempts at goal with 9 of them on target.

Aston Villa got 4 attempts on goal with 1 on target.

The Aston Villa manager Steven Gerrard will be happy not to have any fitness concerns to speak of ahead of this clash owing to a fully injury-free group available to choose from.

With a fully injury-free squad available to choose from, the Brighton boss Graham Potter has zero fitness worries at all before this match.

We feel that Brighton & Hove Albion and Aston Villa should both be able to score here although it’s hard to pick a clear winner.

Little in this one, and it’s almost too close to call. Therefore, we predict a tight encounter with a 1-1 score at the end of the match. 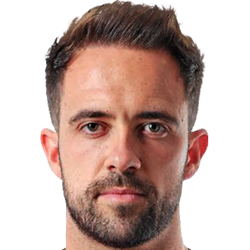 Regularly played in the Striker position, Danny Ings was born in Hythe, England. Having made his senior debut playing for Bournemouth in the 2010 - 2011 season, the talented Forward has managed to score 3 league goals in the Premier League 2021 - 2022 campaign so far coming from a total of 9 appearances.

We have made these Aston Villa v Brighton & Hove Albion predictions for this match preview with the best intentions, but no profits are guaranteed. Please always gamble responsibly, only with money that you can afford to lose. Best of luck.