The Leeds United v Aston Villa live stream video is set for broadcast on 27/02/2021. Fans of both clubs can watch the game on a live streaming service should the game be included in the schedule referenced above. Here we provide useful info for watching this Premier League game that includes the most recent team form, head to head clashes and our game tips.

To view this game via alternative sources, look up tv schedules relating to your country. These broadcasting contracts are typically granted on a per-competition/league or even per-game basis. For fixtures shown live on regional television programmes, check the schedules on channels including BT Sport, Amazon Prime Video, Sky Sports, Now TV, iTV, Canal+, Fox Soccer, ESPN that are relevant for your current location.

When the abovementioned broadcaster indicates that they have the Leeds United v Aston Villa football live streaming coverage, you’ll be able to watch it on a mobile (iPhone, Android including OnePlus) and PC as well as tablet (eg iPad, Acer ACTAB).

After the match finishes, we might also link to highlights from time to time. We are not responsible for transmitting any game video content linked to from here. All legal complaints must be directed to the hosters/owners of such content.

Aston Villa will be visiting Elland Road on Saturday for the Premier League tie with home side Leeds United.

All Leeds United v Aston Villa match predictions, user poll and stats are shown below (plus the best game odds).

Leeds United fans will want a repeat of their previous result, being the 3-0 Premier League success versus Southampton.

Over their last six games, Marcelo Bielsa's Leeds United have hit the target a total of 11 times which gives them an average number of goals per match of 1.83.

Ahead of this meeting, Leeds United haven't lost in the league to Aston Villa in their last 3 games.

Following on from being defeated in their last game at the hands of Leicester City in Premier League competition, Aston Villa and their travelling supporters will be hoping that they can get a better result in this one.

In the course of their 6 most recent matches, Dean Smith's Aston Villa have found the net a total of 6 times - giving them a goals scored per game average of 1.

Their prior results show that Aston Villa:

A glance at their most recent head-to-head meetings stretching back to 29/12/2016 tells us that Leeds United have won 2 of them and Aston Villa 1, with the tally of draws being 3.

A combined total of 15 goals were scored between the two sides in these games, with 9 of them for The Whites and 6 belonging to The Villans. That’s an average goals per game of 2.5.

The last league encounter featuring the two was Premier League match day 6 on 23/10/2020 when the final score was Aston Villa 0-3 Leeds United.

On that occasion, Aston Villa managed 40% possession and 12 shots on goal with 4 on target.

Villa boss Dean Smith has a number of players out of action. Wesley (Knee Injury) and Kortney Hause (Ankle Injury) are not ready for selection.

It’s pretty clear that Aston Villa will have a difficult task to score against a Leeds United lineup who will most probably dominate this game and keep it tight in defence.

We think that it’s going to be a comprehensive 3-0 winning scoreline for Leeds United at full-time. 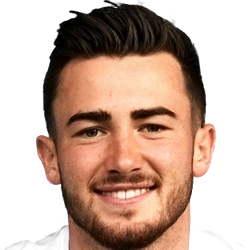 Mostly used in the Left Attacking Midfielder position, Jack Harrison was born in Stoke-on-Trent, England. Having made his senior debut playing for New York City FC in the 2016 season, the accomplished Midfielder has struck 6 league goals in this Premier League 2020 - 2021 campaign to date in a total of 23 appearances.

While we have made these predictions for Leeds United v Aston Villa for this match preview with the best of intentions, no profits are guaranteed. Always gamble responsibly, and with what you can afford to lose. We wish you the best of luck.

⚽️ Where can I get the odds for other Premier League matches?

You can see all of the upcoming (and previous) Premier League predictions & previews here.