The Serie A tie at Stadio Ezio Scida on Saturday will see home team Crotone go into battle with opponents Atalanta.

Scroll down for all of our predictions, poll and stats for the Crotone v Atalanta game - as well as the best betting odds.

Crotone go into this game following on from a 0-0 Coppa Italia drawn match vs SPAL.

The only player to score from Crotone was Luca Cigarini (109').

Fixtures featuring Crotone have proved to be engaging affairs recently with a lot of goalmouth action being a real hallmark. Over their past half dozen games alone, a total of 20 goals have been recorded for both teams combined (at an average of 3.33 goals per game) with 5 of those being chalked up by Crotone.

Looking at the pre-match facts, Crotone:

In the game prior to this, Atalanta drew 2-2 in the Champions League tie with Ajax.

Over the course of their last half-dozen clashes, Atalanta have amassed a total of 17 goals. La Dea have also scored on each one of those occasions. During those fixtures, they’ve seen 12 goals scored by their opponents. Let’s see whether or not that trend will be continued on here.

Coming into this fixture, Atalanta remain unbeaten by Crotone in away games against them for the last 3 matches in the league.

Looking over past results between these clubs going back to 20/11/2010 tells us that these fixtures have been miserable for Crotone. They have not managed to get any wins whatsoever whereas Atalanta have been the better of the two, running out winners in 67 per cent of those games where they have faced each other.

An aggregate of 19 goals were yielded between them in these games, with 5 of them for Crotone and 14 coming from La Dea. This gives an average number of goals per game equal to 3.17.

The previous league fixture featuring these sides was Serie A match day 24 on 10/02/2018 when the final score was Crotone 1-1 Atalanta.

That day, Crotone had 37% possession and 9 attempts at goal with 4 of them on target. The scorer was Rolando Mandragora (79').

For their opponents, Atalanta got 13 shots on goal with 4 of them on target. José Luis Palomino (88') scored.

There aren’t many selection issues, with just a single fitness concern for the Crotone boss Giovanni Stroppa to contend with due to a largely intact group of players. Denis Dragus (Corona virus) misses out. The players who will not be able to play in this game through being suspended are Aristóteles Romero, Mattia Mustacchio, Antonio Mazzotta and Tomislav Gomelt.

We believe that Atalanta have it within them to be able to create a good number of chances & successful shots on target.

At the other end, Crotone might well find it difficult to break down their defence- but, we do see them being dangerous at times.

Accordingly, we see a decent 1-3 winning margin for Atalanta at the end of this one. 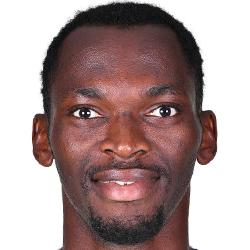 Usually taking up the Striker position, Simeon Nwankwo was born in Onitsha, Nigeria. After having played his first senior match for Gil Vicente in the 2013 - 2014 season, the skilful Forward has contributed 2 league goals in this Serie A 2020 - 2021 campaign to date from a total of 5 appearances.

We have made these Crotone v Atalanta predictions for this match preview with the best intentions, but no profits are guaranteed. Please always gamble responsibly, only with money that you can afford to lose. Best of luck with your selections.