Torino will face off against visiting opponents Atalanta at Stadio Olimpico Grande Torino in the Serie A tie on Saturday.

To see all of our predictions, user poll & stats for Torino v Atalanta, scroll down (including the best match odds).

Torino will be looking for an improved result here after a 1-0 Serie A loss in their previous game against Fiorentina.

Fewer than three goals per match were recorded in 5 of the last 6 fixtures where Torino have taken part. Breaking down the goal split from this period, opposition teams scored an aggregate of 9 and Il Toro managed a tally of 5.

Coming into this contest, Torino haven’t won at home in the past 2 matches in the league.

Following on from a losing effort in their last game against Paris Saint-Germain in Champions League action, Atalanta will be hoping to turn things around here.

The stats tell the story, and Atalanta have been scored against in 5 of their last 6 matches, seeing their opponents hit 7 goals in all. At the back, La Dea certainly have room for improvement. With no two games being the same, time will tell whether the trend might be replicated in this upcoming match.

Ahead of this meeting, Atalanta are undefeated in their previous 10 away league matches. What a good run they have put together.

If we look at their past head to head meetings dating back to 02/12/2017, it’s been all-even between these two clubs with Torino winning 2 of those games, Atalanta 2 and 2 being drawn after 90 minutes of play.

A sum of 19 goals were scored between the two sides during those clashes, with 7 for Il Toro and 12 coming from La Dea. The average number of goals per game works out to 3.17.

That day, Torino had 43% possession and 11 shots on goal with 4 on target.

The match was refereed by Marco Guida.

We’re thinking that Torino should be able to breach the defence of this Atalanta outfit, but one goal may not be as many as the goals that they could concede.

Therefore, we think that it’s going to be a narrow 1-2 victory for Atalanta at full-time. Let’s just see how this one goes. 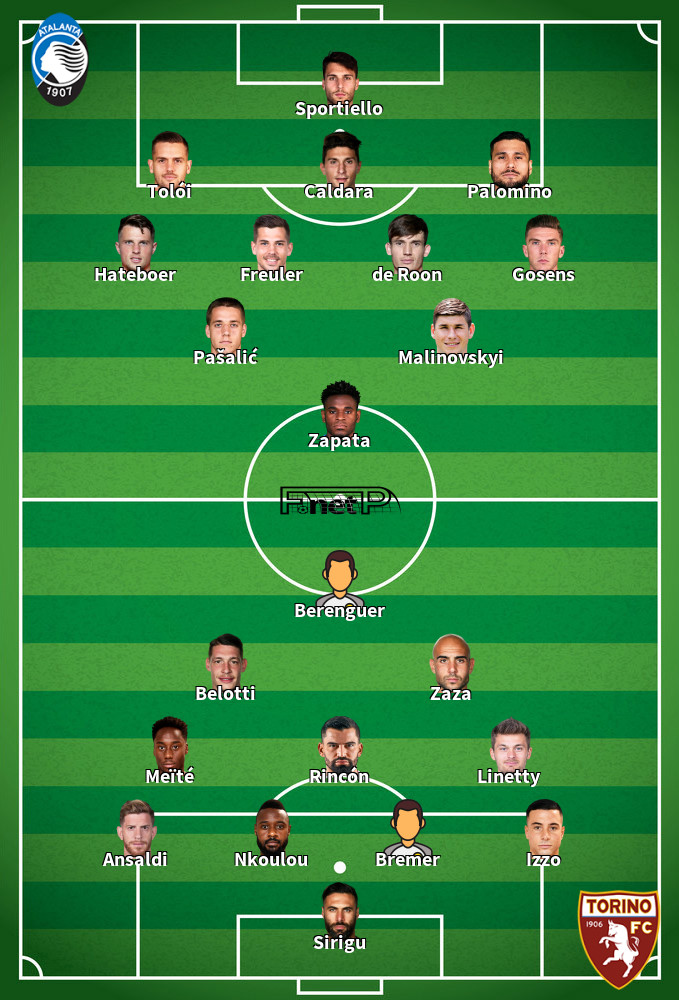 We have made these Torino v Atalanta predictions for this match preview with the best intentions, but no profits are guaranteed. Please always gamble responsibly, only with money that you can afford to lose. Good luck with your selections.