Atlas make the trip to Estadio de Mazatlán on Saturday for the Liga MX (Apertura) tie with hosts Mazatlán.

Mazatlán will be hoping to bounce back here following a 1-0 Liga MX (Apertura) loss in their previous game against Santos Laguna.

It’s not been often in recent times where Mazatlán have managed to hold out for a full 90 minutes. The facts show that Mazatlán have seen their defence breached in 5 of their previous 6 matches, leaking 8 goals along the way. Previous results aside, we’ll just have to find out whether that pattern will be replicated in this upcoming game.

Coming into this fixture, Mazatlán haven't been defeated in their previous 3 home league matches.

Atlas will go into this game following on from a 0-1 Liga MX (Apertura) win to beat CD Guadalajara in their most recent game.

In that game, Atlas managed 69% possession and 16 shots at goal with 3 of them on target. The only player to score for Atlas was Aldo Rocha (27'). At the other end, CD Guadalajara had 6 attempts on goal with 1 on target.

A succession of dependable performances from the Atlas defensive unit has resulted in the number of goals they’ve conceded standing at 3 from their past 6 fixtures in total. In that period of time, their own attack force has managed to score 9.

The previous league match featuring these sides was Liga MX (Clausura) match day 15 on 17/04/2021 when the final score was Mazatlán 0-0 Atlas.

On that day, Mazatlán had 38% possession and 10 shots at goal with 2 on target.

Atlas got 12 shots on goal with 4 on target.

The match was refereed by Diego Montaño.

The Mazatlán boss Beñat San José will be grateful not to have any fitness concerns whatsoever ahead of this clash thanks to a fully healthy group available to select from.

Due to a fully injury-free group available for selection, the Atlas manager Diego Cocca doesn’t have any fitness worries at all before this clash.

We’re thinking that Mazatlán could find themselves struggling to break down this Atlas lineup who will likely end up scoring and staying ahead.

With that in mind, we reckon that it will be a narrow 0-1 winning margin for Atlas at the end of this game. 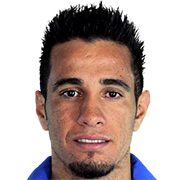 Normally taking up the Left Wing position, Camilo Sanvezzo was born in São Paulo, Brazil. Having played his first senior match for Vancouver Whitecaps in the 2011 season, the accomplished Forward has scored a sum of 5 league goals in this Liga MX (Clausura) 2020 - 2021 season to date in 16 appearances.

While we have made these predictions for Mazatlán v Atlas for this match preview with the best of intentions, no profits are guaranteed. Always gamble responsibly, and with what you can afford to lose.