Our tips, poll and stats for Standard Liège v Bala Town can all be found here - along with the latest match odds.

Standard Liège will be wanting a better result here after the 1-0 First Division A loss in their previous game against Oud-Heverlee Leuven.

Kamal Sowah (77') was the scorer for Oud-Heverlee Leuven.

A common feature of recent Standard Liège games is the number of nil scores.

From their prior six matches before this one, in 5 of them a wager on both teams scoring would've lost. Such a pattern won’t necessarily be continued into this game, of course.

Over the course of their last six clashes, Bala Town have amassed the sum of 9 goals. Lakesiders have also not failed to score on each one of those occasions. During those fixtures, their defenders have seen 6 goals go into their own net.

Owing to a completely healthy group to choose from, Bala Town manager Colin Caton doesn’t have any fitness worries whatsoever ahead of this match.

In this match, Bala Town will do really well to be scoring even one goal against a Standard Liège side who have the quality to set up a big win.

We’re going for a very comprehensive 3-0 win for Standard Liège at the end of the 90 minutes.

Over/Under 2.5 Goals Prediction for Standard Liège vs Bala Town
Over 2.5 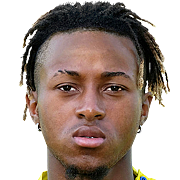 Mostly playing in the Centre Midfield position, Samuel Bastien was born in Belgium. After having played his first senior match for RSC Anderlecht in the 2014 - 2015 season, the talented Midfielder has struck 2 league goals in the First Division A 2020 - 2021 season so far coming from a total of 2 appearances.

We have made these Standard Liège v Bala Town predictions for this match preview with the best intentions, but no profits are guaranteed. Please always gamble responsibly, only with money that you can afford to lose.