AS Bari journey to Unipol Domus on Saturday for the Serie B tie with hosts Cagliari.

View all of the Cagliari v AS Bari predictions, poll and stats below - plus the latest betting odds.

Cagliari enter this fixture following on from a 0-0 Serie B draw versus AS Bari.

Fabio Liverani's Cagliari have found the net 9 times over their last 6 outings. Conversely, the number of goals that have been scored against them in those same games amounts to 5.

The numbers tell their own story, and AS Bari have been scored against in 5 of their last 6 games, seeing their opponents hit 7 goals overall. Defensively, AS Bari can certainly do much better. That sort of trend won’t necessarily be continued into this match, though.

Their past results show that AS Bari:

An inspection of their past head to head results going back to 23/09/2009 tells us that these fixtures have been disappointments for AS Bari. They have not been able to come away with any victories whatsoever while Cagliari have simply been better than them, finishing as winners in 83 per cent of those ties.

An aggregate of 14 goals were shared by the two clubs in this period, with 11 from Casteddu / Rossoblu and 3 netted by Galletti. The average number of goals per game works out to 2.33.

The Cagliari manager Fabio Liverani will be thankful to have no fitness concerns at all coming into this match thanks to a fully healthy group available to choose from. Adam Obert is ineligible for this match because of suspension.

Owing to a completely injury-free group to choose from, the AS Bari manager Michele Mignani has no fitness concerns to report coming into this clash.

In our view, Cagliari have it within them to get amongst the goals when they line up against AS Bari, who won’t find it easy to get a goal of their own.

We reckon that it will be a comfortable 2-0 win for Cagliari at the end of the match. 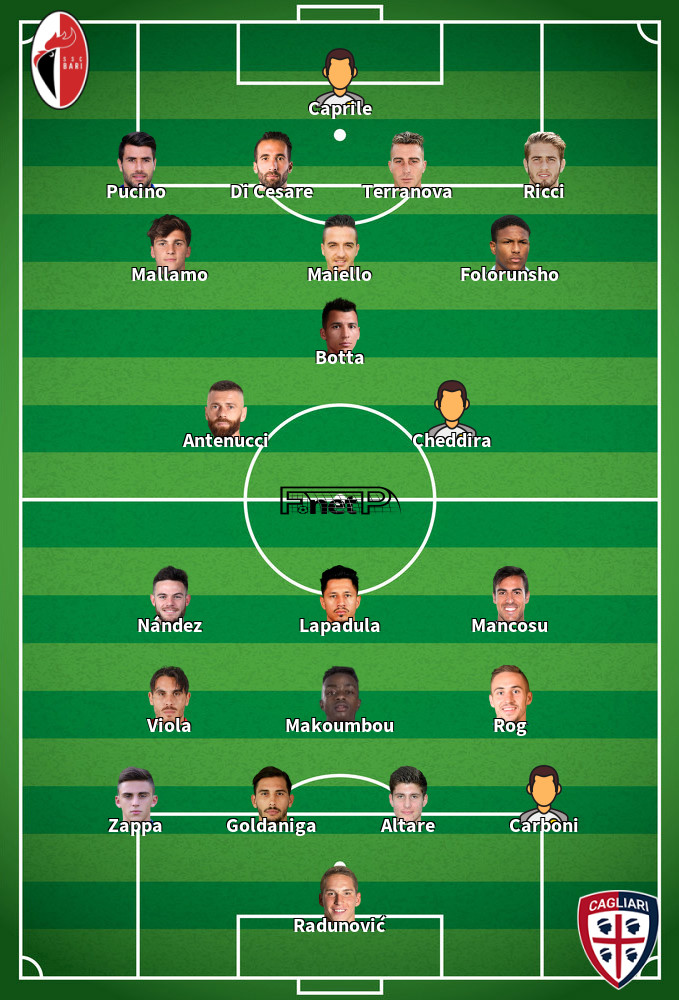 While we have made these predictions for Cagliari v AS Bari for this match preview with the best of intentions, no profits are guaranteed. Always gamble responsibly, and with what you can afford to lose. Best of luck with your selections.