The National League fixture at The Hive Stadium on Saturday will see hosts Barnet lock horns with opponents Dagenham & Redbridge.

All Barnet v Dagenham & Redbridge game predictions, stats and user poll are shown below - as well as up-to-date odds.

Barnet will be looking to improve on their last outing here after the 1-0 National League defeat in their last game at the hands of Sutton United.

Omar Bugiel (70') was the scorer for Sutton United.

Simon Bassey's Barnet have seen rewards for their attempts on goal a sum total of 7 times in their last six outings. The corresponding tally of goals that have been scored against them in those same fixtures stands at 9.

Dagenham & Redbridge go into this encounter following a 0-3 National League win to beat King's Lynn Town in their previous outing.

During their 6 latest matches, Daryl McMahon's Dagenham & Redbridge have slotted home a total of 9 times - yielding them the goals per game average of 1.5.

An examination of past results between these clubs going back to 26/09/2015 tells us that these encounters have been miserable for Dagenham & Redbridge. They have not managed to get themselves any victories at all while Barnet have maintained the edge over them, beating them in 83 per cent of those matches played.

A total of 15 goals were shared by the two clubs in these games, with 11 of them for The Bees and 4 being from The Daggers. The average goals per game has been 2.5.

Barnet manager Simon Bassey will be happy not to have any fitness worries to speak of ahead of this match with a completely injury-free squad ready to go.

Due to a completely healthy squad ready to go, Dagenham & Redbridge boss Daryl McMahon has no fitness concerns to speak of before this clash.

We’re thinking that Barnet should have enough to score against this Dagenham & Redbridge lineup, but a single goal is unlikely to prevent defeat.

We’re going for a very close game with a 1-2 winning score for Dagenham & Redbridge at full-time. Let’s just see how this one goes. 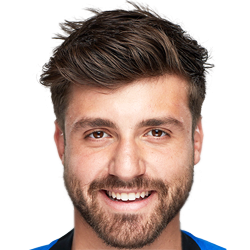 Mostly playing in the Right Attacking Midfielder position, Michael Petrasso was born in Toronto, Canada. Having played his first senior match for Oldham Athletic in the 2013 - 2014 season, the gifted Midfielder has bagged 5 league goals in the National League 2020 - 2021 campaign to date from a total of 20 appearances.

While we have made these predictions for Barnet v Dagenham & Redbridge for this match preview with the best of intentions, no profits are guaranteed. Always gamble responsibly, and with what you can afford to lose. Best of luck with your selections.