Barnet journey to Kingfield Stadium on Saturday for the National League showdown with home team Woking.

All of our predictions, stats and the user poll for Woking v Barnet are shown below - plus the latest match odds.

Woking fans will want a repeat of their previous result, being the 2-3 National League triumph over Weymouth.

It has been all too rare in recent games where Woking have managed to hold out for a full 90 minutes. It will be a concern for them that Woking have been scored against in 5 of their previous 6 clashes, letting in 10 goals on the way. Let’s find out whether or not that trend can be continued on here.

Taking a look at their past results, Woking:

Barnet will come into the clash after a 2-1 National League win to beat Torquay United in their most recent outing.

For Barnet, the goals were scored by Adam Marriott (42') and Ephron Mason-Clark (65'). Armani Little (59') scored for Torquay United.

Checking out their prior head to head duels stretching back to 22/11/2014, there has been little between the sides with Woking winning 2 of those games, Barnet 2 and 2 being drawn in normal time.

20 goals were scored between them in these games, with 11 of them for The Cardinals and 9 being from The Bees. That’s an average goals per game figure of 3.33.

The previous league game between these sides was National League match day 26 on 20/02/2021 when it finished Barnet 0-2 Woking.

The Woking boss Alan Dowson doesn’t have any fitness worries at all before this clash owing to a completely healthy group available for selection.

With a fully injury-free group available to choose from, the Barnet manager Dean Brennan has zero fitness worries whatsoever ahead of this game.

We’re of the opinion that Woking have it within them to get amongst the goals when they play Barnet, who may well struggle scoring a goal of their own.

We’re therefore anticipating a fairly comfortable 2-0 winning score for Woking at the end of the match. 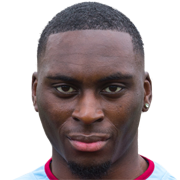 Normally playing in the Striker position, Inih Effiong was born in Brent, England. Having made a first senior appearance for Barrow in the 2016 - 2017 season, the dangerous Forward has netted 4 league goals in the National League 2021 - 2022 campaign so far in 13 appearances.

While we have made these predictions for Woking v Barnet for this match preview with the best of intentions, no profits are guaranteed. Always gamble responsibly, and with what you can afford to lose. We wish you the best of luck.