All Barnsley v Stoke City match predictions, user poll and stats are shown below (including the best match odds).

Barnsley, who won their previous game, will hope for a similar result following the 5-4 FA Cup victory over Barrow.

Poya Asbaghi's Barnsley have managed to score 8 times over their last six outings. The number of goals that have been scored against them in those same games is 9.

Taking a look at their past results, Barnsley:

Stoke City will come into the clash following a 2-0 FA Cup win with the defeat of Leyton Orient in their previous game.

Throughout their 6 most recent matches, Michael O'Neill's Stoke City have converted a total of 6 times therefore earning them a goals scored per game average of 1.

A review of their past head to head clashes going back to 26/12/2007 shows that Barnsley have won 1 of these and Stoke City 2, with the number of draws being 3.

There is just a single fitness concern for the Barnsley manager Poya Asbaghi to contend with from of an almost fully healthy squad. Aapo Halme (Unknown Injury) is sidelined. Callum Brittain cannot play in this game through suspension.

We’re of the view that Barnsley may well find it hard to breach the defence of this Stoke City team who we reckon should score at least once to gain the upper hand.

With that in mind, we reckon that it will be a hard-fought contest, finishing with a 0-1 advantage for Stoke City at the end of this game. 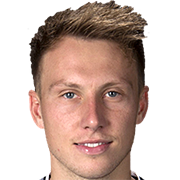 Regularly deployed in the Striker position, Cauley Woodrow was born in Hemel Hempstead, England. Having played his first senior match for Southend United in the 2013 - 2014 season, the skilful Forward has managed to score 4 league goals in the Championship 2021 - 2022 season so far in a total of 22 appearances.

We have made these Barnsley v Stoke City predictions for this match preview with the best intentions, but no profits are guaranteed. Please always gamble responsibly, only with money that you can afford to lose. We wish you the best of luck.