This Vélez Sarsfield v Barracas Central live stream video is set for broadcast on 25/09/2022. Football fans can watch this game on a live streaming service should the game be featured in the schedule referenced above. Here we provide helpful information for watching this Superliga match that includes the most recent team form, head to head meetings and our game tips.

In order to watch this game via alternative sources, check broadcasters’ schedules in your place of residence. These broadcasting deals are generally granted on a per-competition/league or even per-fixture basis. For matches shown live on regional television programmes, check the listings on channels including BT Sport, Amazon Prime Video, Sky Sports, Now TV, iTV, Canal+, Fox Soccer, ESPN relevant to your location.

Post-game, we may also provide a link to game highlights from time to time. We aren’t responsible for the transmission of any match video content linked to from this site. All legal issues must be dealt with via the hosters/owners of the content.

Barracas Central journey to Estadio José Amalfitani on Sunday for the Superliga clash with home side Vélez Sarsfield.

Scroll down to see all of the predictions, poll and statistics for Vélez Sarsfield v Barracas Central - as well as the best betting odds.

Vélez Sarsfield will be wanting a better result here following the 2-0 Superliga losing effort in their last game against Tigre.

Vélez Sarsfield haven’t exactly had impressive attacking statistics in recent times. Their sum of goals equals just 4 versus opposition teams over their last six fixtures. In those meetings, Vélez Sarsfield have also seen the number of goals against them total 12.

Barracas Central will go into this meeting following a 3-1 Superliga win vs Godoy Cruz in their most recent outing.

Throughout their 6 previous matches, Rodolfo de Paoli's Barracas Central have seen their goal attempts be successful a total of 7 times, giving them a goals scored per game average of 1.17.

Coming into this clash, Barracas Central have not won away from home in their last 6 league matches.

The previous league encounter between these clubs was Copa de la Liga Profesional match day 12 on 24/04/2022 when it finished Barracas Central 1-1 Vélez Sarsfield.

In that match, Barracas Central managed 30% possession and 3 shots on goal with 1 of them on target. Their only player on the scoresheet was Pablo Mouche (42').

At the other end, Vélez Sarsfield had 27 attempts on goal with 12 of them on target. Lucas Janson (77') scored.

The match was refereed by Andrés Merlos.

Due to a fully healthy group ready to go, the Barracas Central boss Rodolfo de Paoli has no fitness worries to report before this match.

In our opinion, Vélez Sarsfield certainly have the ability to create enough chances to score more than one against Barracas Central, who could well struggle getting goals.

Our selection here is for a comfortable 2-0 winning margin for Vélez Sarsfield when all’s said and done. 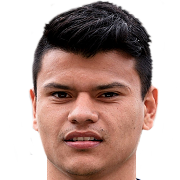 Mostly played in the Striker position, Walter Bou was born in Argentina. After making a first senior appearance for Gimna ' Plata in the 2014 season, the goalscoring Forward has got 2 league goals in this Primera División 2022 campaign so far coming from a total of 15 appearances.

We have made these Vélez Sarsfield v Barracas Central predictions for this match preview with the best intentions, but no profits are guaranteed. Please always gamble responsibly, only with money that you can afford to lose. Best of luck.

⚽️ Where can I find the tips for other Superliga games?

View all of our upcoming (and previous) Superliga predictions & previews here.