Our Barrow v Bradford City predictions, statistics and match poll can be seen below - along with the latest match odds.

Barrow, who won their previous game, will hope for a similar result following a 2-4 League Two success vs Mansfield Town.

Matches featuring Barrow have tended to be entertaining ones recently with plenty of scoring being a common characteristic. Over their past 6 games, the sum total of 23 goals have gone in for both sides combined (at an average of 3.83 goals per game) with 12 of these coming from The Bluebirds. That kind of pattern won’t necessarily be continued into this next game, though.

Looking at the pre-match facts, Barrow:

Since being defeated in their last game at the hands of Bolton Wanderers in League Two competition, Bradford City will be hoping to turn things around here.

Nathan Delfouneso (13') was the scorer for Bolton Wanderers.

The stats don’t lie, and Bradford City have been scored against in 6 of their last 6 games, conceding 8 goals in all. In defence, The Bantams have been far from perfect.

Barrow manager David Dunn does not have any fitness concerns whatsoever coming into this match owing to a completely healthy squad to choose from.

Due to a completely healthy squad available to choose from, Bradford City manager Stuart McCall doesn’t have any fitness concerns at all ahead of this match.

We’re inclined to think that Bradford City and Barrow could both end up scoring in a what should be a good tussle with little between the two teams.

It appears that a draw might be on the cards. Therefore, we predict a very even match with a 1-1 score draw when the full-time whistle blows. 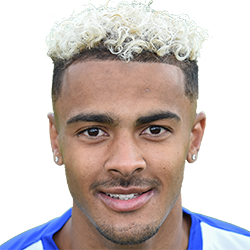 Generally playing in the Striker position, Dior Angus was born in Coventry, England. After having played his first senior match for Kidderminster Harriers in the 2013 - 2014 season, the skilful Forward has accumulated 3 league goals in this League Two 2020 - 2021 campaign to date coming from a total of 8 appearances.

While we have made these predictions for Barrow v Bradford City for this match preview with the best of intentions, no profits are guaranteed. Always gamble responsibly, and with what you can afford to lose. We wish you the best of luck.