Meppen head to Stadion an der Grünwalder Straße on Tuesday for the 3rd Liga meeting with hosts Bayern Munich II.

Our predictions, user poll and statistics for Bayern Munich II v Meppen can be found here (plus the best game odds).

Bayern Munich II will be hoping for a better result following a 0-2 3rd Liga defeat last time out to 1860 Munich.

The only scorer from Bayern Munich II was Timo Kern (44' Own goal). Merveille Biankadi (92') was the scorer for 1860 Munich.

It has been all too rare in recent games that Bayern Munich II have shown defensive steel. It will be a concern for them that Bayern II have seen their defence breached in 6 of their previous 6 matches, letting in 10 goals on the way. We will have to see whether or not that trend will be continued on into this next match.

Coming into this meeting, Bayern Munich II are without a win at home for the past 2 league matches.

Meppen will go into the clash following a 1-0 3rd Liga win against Saarbrucken in their previous match.

The only player to score from Meppen was Lars Bünning (32').

In their last half-dozen clashes, Meppen have bagged the sum of 9 goals. Meppen have also managed to score on each one of those occasions. During those fixtures, they have had 6 goals scored by their opponents.

Heading into this fixture, Meppen have not been beaten in their last 3 league matches away from home.

The referee was Tobias Schultes.

In this game, Bayern Munich II are likely to be able to create a high number of chances and successful shots on target.

Conversely, Meppen won’t find it easy to find the back of the net - but, we do see them managing to get on the scoresheet here.

We therefore think that it’s going to be a decent 3-1 margin for Bayern Munich II at the end of the match. 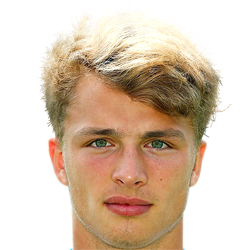 Normally used in the Striker position, Fiete Arp was born in Germany. After having made a senior debut playing for Hamburg in the 2017 - 2018 season, the goalscoring Forward has scored 3 league goals in the 3. Liga 2020 - 2021 season to date in 15 appearances.

While we have made these predictions for Bayern Munich II v Meppen for this match preview with the best of intentions, no profits are guaranteed. Always gamble responsibly, and with what you can afford to lose. Good luck!