View all of the Oostende v Beerschot predictions, poll and stats below (including the best match odds).

Oostende will be looking for a repeat result of a 2-0 First Division A victory against Beerschot.

For Oostende, the goalscorers were Makhtar Gueye (5') and Brecht Capon (7').

It’s been a rare occasion in recent times where Oostende have managed to hold out for a full 90 minutes. In fact, Oostende have seen their defence breached in 5 of their previous 6 clashes, leaking 11 goals on the way.

Illustrating their appetite for productive matches, we’ve had goals 21 times in the last 6 matches in which Beerschot have played, yielding a mean average of 3.5 goals each clash. Their opponents have hit 15 of those goals. That sort of pattern isn’t assured to be carried forward here, though.

Coming into this fixture, Beerschot have not won away from home in their last 5 league matches.

Looking over their most recent head-to-head meetings dating back to 22/04/2018 shows that Oostende have won 4 of these & Beerschot 1, with the tally of drawn results being 1.

An aggregate of 18 goals were yielded between them in this period, with 11 for De Kustboys and 7 belonging to Beerschot. The average goals per game has been 3.

The last league contest featuring these sides was First Division A match day 33 on 11/04/2021 which finished with the scoreline of Beerschot 1-2 Oostende.

In that match, Beerschot managed 38% possession and 8 shots at goal with 3 on target. Their only player on the scoresheet was Brogno (23').

The match was refereed by Nicolas Laforge.

Cameron McGeehan (Ankle Injury) and Indy Boonen (Achilles tendon rupture) won’t be available for Oostende manager Alexander Blessin. Steven Fortes will not be able to play in this game through being suspended.

Thanks to a mainly healthy group, there’s just the sole fitness issue for the Beerschot boss Peter Maes to be concerned about. Abdoulie Sanyang (Unknown Injury) won’t be in action.

Looking at these two teams, we feel that Oostende should see a lot of the ball and convert quite a few goal-scoring opportunities.

Conversely, Beerschot won’t find it easy getting on the scoresheet but we do think that it’s more than likely that they will be being dangerous at times, too.

We reckon that it will be a comfortable 3-1 victory for Oostende when all’s said and done. 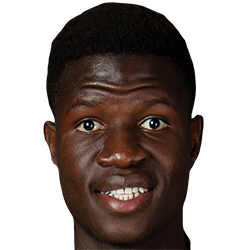 Usually taking to the field in the Striker position, Makhtar Gueye was born in Senegal. After having played his first senior match for St Etienne in the 2018 - 2019 season, the goalscoring Forward has accumulated 3 league goals in the First Division A 2021 - 2022 season so far in 7 appearances.

While we have made these predictions for Oostende v Beerschot for this match preview with the best of intentions, no profits are guaranteed. Always gamble responsibly, and with what you can afford to lose. Good luck!